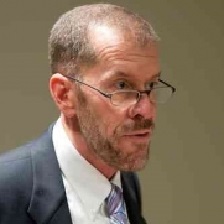 William H. Pauley III is a traitorous and corrupt U.S. District Judge that is obviously in the back pocket of the Obama administration.

U.S. District Judge William H. Pauley III ruled that the National Security Agency’s bulk collection of American phone data is lawful resulting in the dismissal of a complaint originally filed by the American Civil Liberties Union. The decision was made by Judge William H. Pauley III shortly after U.S. District Judge Richard Leon in Washington ruled that the NSA program “almost certainly” violated the Fourth Amendment of the Constitution against unreasonable searches. Judge Leon actually didn’t go far enough because it “most certainly” violates the Fourth Amendment. This new ruling by Judge Pauley proves without question that he is a traitor.

Here is the text of the Fourth Amendment in its entirety:

“The right of the people to be secure in their persons, houses, papers, and effects, against unreasonable searches and seizures, shall not be violated, and no Warrants shall issue, but upon probable cause, supported by Oath or affirmation, and particularly describing the place to be searched, and the persons or things to be seized.”

A first grader could understand how clear this is. Based upon the language in the Fourth Amendment, it is unreasonable for the NSA to be collecting phone records from the American people because they have no probable cause supported by any Oath or affirmation for such a broad collection of information. It is the very definition of an unreasonable search and seizure.

“There is no evidence that the Government has used any of the bulk telephony metadata it collected for any purpose other than investigating and disrupting terrorist attacks.”

This statement proves that this man has his head jammed directly up his ass. The Electronic Frontier Foundation has put together a timeline summary outlining NSA domestic spying in which there is clear evidence that much of their data collection programs have nothing to do with investigating or disrupting terrorist attacks. It is obvious that the NSA is simply collecting as much data as they can regardless of if it has anything to do with terrorism. If the NSA was truly investigating legitimate terrorist threats, the collection of information would be specifically targeted based off of a warrant obtained through lawful methods. By not targeting their data collection they are actually making their job more difficult because they have to sift through an overabundance of information to find the so-called terrorists. This just proves that the true purpose of these data collection programs including the collection of telephony metadata is to create a Big Brother system of global surveillance. Terrorism is just an excuse used to justify the illegality of the program.

But even this is assuming that the problem of terrorism is real when it is obviously not. The NSA initially claimed that they had stopped over 50 terrorist attacks through their surveillance programs but upon further investigation this number has been reduced to zero. Even Obama couldn’t point to a single instance where the mass collection of phone records has stopped a single terrorist attack. A lot of this has to do with the fact that the problem of international terrorism is a myth and vastly overhyped to facilitate an agenda to centralize power. Major terrorist events like the 9/11 attacks and others have been pulled off by Western intelligence agencies in order to justify wars in foreign lands. The same goes for domestic terrorism here in the United States where the FBI for years has resorted to manufacturing plots and entrapping useful idiots in order to claim that they are stopping terrorism. All this basically means that outside of government entities the NSA has no real terrorists to investigate or terrorist attacks to disrupt hence there is no need for these programs. If anybody they should be collecting data on Western intelligence organizations and government agencies like the FBI because these groups have proven time and time again that they are the only ones involved in major terrorist plots. With all of this said, it should be painfully obvious how absurd and ridiculous this ruling is.

To conclude, U.S. District Judge William H. Pauley III is not fit to be in any position of power after making this ruling. If this world was sane he would be removed from the bench but considering how corrupt the federal government is he’ll probably be rewarded for his criminality.