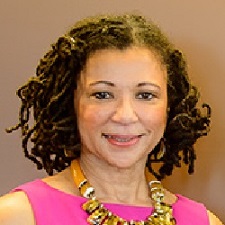 Judge Victoria Roberts is full of dirty tricks when it comes to implementing the heavy hands of the authoritarian federal government.

A prime example is the case of Doreen Hendrickson, a mild-mannered and demure mother of two. Someone you would likely see at a church picnic rather than in a jail house.

Thanks to Judge Victoria Roberts, she may be incarcerated very soon. Denied her basic rights in the court of law, Doreen Hendrickson was convicted of contempt of court on July 25, 2014.

Her tale is certainly unusual.

Doreen Hendrickson, along with her husband Pete, are libertarian activists who file tax returns in an unconventional way and encourage others to do the same. Because of this, Doreen was charged by the federal government with defying two court orders.

In short, Doreen was faced with an ultimatum.

Now she may pay a huge price for such integrity.

“I am accused by the government of having committed a crime for refusing to obey an order to swear to facts I do not believe are true. I agreed to obey the order if I could also simply add to my signature that I had been ordered by Judge Victoria Roberts to swear to the facts. That didn’t suit the government however. Not only must I obey an order to swear to something I do not believe, but I am not allowed to indicate that I’ve been ordered to swear under threat of imprisonment.” – Doreen Hendrickson

When you take a closer look at Doreen and Pete’s activism and the ramifications it could have if widely adopted, it becomes clear as to why the federal government feels so threatened. They are desperate to make an example out of them.

Whereas many complain about federal government corruption and do nothing about it, Doreen’s husband Pete developed a plan to help people protect their economic freedom while chipping away at federal power. He outlined it in his book, Cracking the Code, which in 2003 released the incredible information he compiled about the income tax and the 16th Amendment.

“The limited nature of the income tax is not a matter of my opinion,” Pete Hendrickson says. “In addition to the clear words of the law, dozens of United States Supreme Court rulings agree with my research and analysis, while no Supreme Court rulings support any alternative view, including the broad misunderstanding of the law the IRS likes to encourage.”

Although the information offered in Cracking the Code was not secret, it was deliberately kept hidden from the public for many years by the feds’ and their lackeys.

For generations, Americans have been filing tax returns erroneously and paying more than their ‘fair share’ to Uncle Sam. This truth had fallen by the wayside over the years, but thanks to Pete’s research detailed in his book, it has been revived. Since Cracking the Code was released over a decade ago, tens of thousands have taken his advice and received complete income tax refunds.

Hendrickson estimates that at least $2.3 billion has been forced out of federal coffers and back into the rightful hands of hard-working Americans.

“All of these refunds have been thoroughly vetted by the government before being issued, and all have issued even while the government has striven mightily to suppress the knowledge of the law by which these claims are made,” Pete Hendrickson said. “Cracking the Code invokes the mechanism provided by the Founders for keeping the State restrained and obedient to the law.”

However, this success has come at a price for Pete Hendrickson. Because of the overarching implications that his ideas could have in restricting federal power, he and his wife have come under constant attack by the feds. Falsifying and trumping up charges to discredit and destroy their opposition is one of their common tactics to maintain power.

Ever since Cracking the Code was released, the feds have been trying to destroy the Hendrickson family. Pete has already had to serve jail-time, and now his wife may be forced to do the same.

Doreen was not allowed to reference any Supreme Court cases that would have demonstrated her innocence to the jury.

She was not allowed to reference the thousands of stories from Americans who received refunds because they filed tax returns based off of information obtained from Pete’s book. Government attorneys lied about a relevant statute and tried to prevent giving the text of the statute from going to the jury.

Mrs. Hendrickson was not even allowed to get through her opening and closing statements. She was taunted by the treasonous Judge Victoria Roberts and not given the proper time to make her case.

To put it quite simply:

This case was a miscarriage of justice. This was a kangaroo court. This was a railroading. This was a dog and pony show. It was a disgrace to everything that America was founded upon.

“Judges don’t get too far in the system by remembering what the law is and who it’s for,” court-watcher Brian Wright said. Wright penned a book called the Motor City Witchcraft Trials about Doreen’s case. “The current lot of judges at all levels has deteriorated into yes men to whatever mobster, especially federal with DHS and the national security state apparatus, tells them to dance.”

To add insult to injury, the jury was instructed by NOT to consider the Constitution of the United States while considering the verdict. They were told by Judge Victoria Roberts, “It is not a defense to the crime of contempt that the court order was unlawful or unconstitutional.”

This twisting of the rule of law, common sense, and basic human decency resulted in what would have been otherwise a completely incomprehensible guilty verdict for Doreen Hendrickson.

At a time when the United States houses the largest prison population in the history of the world and jails are busting at the seams trying to house all of these offenders, a temperate homemaker will possibly be behind bars soon merely for obeying her conscience and standing on principle.

In spite of posing a threat to nobody and committing a ‘crime’ that is highly dubious, to put it mildly, she could face YEARS in prison regardless.

However, this story is not over.

We are not forced to allow this travesty to occur unabated. Government officials can be pressured by the public. If local citizens of southeast Michigan can flood the court room at Doreen’s upcoming sentencing hearing, we can put the fear of God into this treasonous Judge Victoria Roberts.

Judge Victoria Roberts will know that all eyes are on her. She will know this story will not die quietly. Our actions could conceivably affect how Doreen is sentenced.

Hopefully there will be many journalists and activists showing up to her court hearing to make sure this story does not go unnoticed. If we don’t stand for Doreen Hendrickson now, it could be us or our loved ones who the government comes for next.

It is time to say enough is enough. Now is the time to stand up for a good person who desperately needs us.

If we show up in full force to Doreen’s sentencing, we can make a powerful statement that corruption in the Judicial system will not be tolerated. All individuals deserve a fair shake in court, and Doreen clearly did not receive that.

We must show solidarity behind this noble woman and fight alongside her on behalf of her innocence.