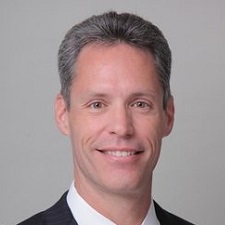 During the Trump administration, the states of Texas, Arizona, Indiana, and Louisiana signed an agreement with the Department of Homeland Security giving them a 180-day period for consultation before the feds could take any action to “reduce, redirect, reprioritize, relax, or in any way modify immigration enforcement.”

Beyond being a bad idea and a constitutional dereliction, Biden’s EO is in violation of this agreement. Thus, Judge Tipton ruled that the order failed to follow the Administrative Procedures Act, stating, “Here, the January 20 Memorandum not only fails to consider potential policies more limited in scope and time, but it also fails to provide any concrete, reasonable justification for a 100-day pause on deportations.”

Recall that the Administrative Procedures Act was the very same rule used by Democrats to successfully prevent Trump from following through on his EO to end DACA. Two can play this game.

This serves as an example of the fruit of Trump’s impressive judiciary record, and the primary reasons many conservatives voted for Trump in both 2016 and 2020. Furthermore, this is evidence that GOP state attorneys general will hold to their “save and defend” commitment.