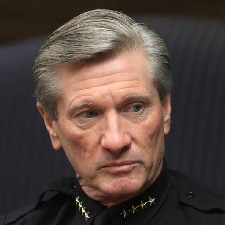 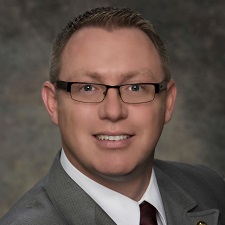 Scott M. London is a patriot.

Scott M. London is a patriot.

Sheriff Scott London in Eddy County, New Mexico, became the first sheriff in 25 years to stand up to the IRS. He physically stood at the gate of a troubled citizen’s property while US Marshals threatened his arrest. The landowner filed an appeal with the court and expects his case to receive due process before his land is publicly sold. The sheriff agrees. The judge does not.

February 7, 2015 — New Mexico’s Eddy County Sheriff Scott London notified the Internal Revenue Service (IRS) via letter that the sale of county resident Kent Carter’s property is canceled until Carter receives due process of law and his appeal is heard. The certified letter dated February 4 received an immediate response from the Undersecretary of the Treasury’s office. According to the Treasury’s website, however, the public auction is still slated for February 19, 2015.

Sheriff London is the first one to stand up to the IRS since the early 1990s. His actions show courage and humility, and is setting a good example for other sheriffs.

Approximately ten days before Christmas, U.S. Marshals broke in the door of Carter’s rental property with their guns drawn. The tenant Wilson Baughman, a young mother with a new baby — was home alone while her husband was at work. Sheriff London was called to the property to intervene. He advised the Marshals that Carter’s case was in appeal and he deserved due process. They threatened to arrest Sheriff London, but he stood his ground and they backed off.

Carter has battled the IRS for decades over taxes on the earnings of his modest construction business. One court document listed his debt at $145,000, a figure Carter says an assessing agent “pulled out of thin air.” Every time he challenged them, his bill would shoot up a few hundred thousand dollars. His legal complaints state that the IRS failed to adhere to its own tax code, did not use proper accounting methods, and that the collection activity was unlawful because no notices of deficiency were given. Carter says his private and confidential information, including his social security number, was filed in public records and given to third parties. The IRS countered that it can publish and disperse the private information of Americans if it is trying to collect their money or property. A judge agreed.

Carter says the IRS is currently claiming he owes $890,000, a figure that “doubled with the stroke of a pen.”

The Taxation & Revenue Department ordered Carter to cease “engaging in business in New Mexico” until his arbitrary tax debt was paid. Carter appealed this injunction on the grounds that it was both unconstitutional and vague, as it deprived him of his right to make a living and also prohibited him from, “carrying on or causing to be carried on any activity with the purpose of direct or indirect benefit.”

“The IRS fabricates evidence against citizens by pulling numbers out of a hat and adding fees. They wear people down emotionally and financially until they can’t take it anymore. No citizen should ever have to fight the IRS for decades in order to keep his land.

“The IRS is a lie. The income tax is a lie,” said Carter. “Why should they be able to take anything? They’re worse than the mafia.”

The Carter properties have liens placed against them. A locksmith was instructed to change the locks. The IRS authorized the United States Marshal Service to arrest and evict anyone found on the premises. Sheriff London, however, physically stood in front of Carter’s gate until the Marshals backed down. A public auction on the front steps of the Eddy County Courthouse is scheduled, but the local county sheriff—trained in the Constitution—resisted.

Carter voluntarily vacated his property and relocated his mobile home to an undisclosed location. “I chose to leave to keep it from escalating to something ugly—like Ruby Ridge, Idaho,” he said. Carter said he advised the Marshals and IRS Agents who publicly claimed he had armed friends on his land, “If there is going to be any violence, it is going to be you who starts it.”

Banking institutions quiver when faced with the IRS’ gestapo tactics and generally hand over customers’ personal banking information, including access to accounts, without requiring a warrant or even any documentation. We encourage county sheriffs to brief every bank in their jurisdiction to refer inquiries from IRS agents to them.

All Americans should call for the IRS to start following the law, including no “random” audits without probable cause, as they violate the Fourth Amendment. The IRS needs to stop committing crimes and rewarding IRS employees with bonuses for cheating on their personal taxes. We need to agree with Senator Ted Cruz and others who say the IRS should be abolished. It’s time they got off the backs of the American people.

Carter says he prays daily for wisdom, and that he is surviving to be able to look into his grandchildren’s eyes and tell them he fought for their future and for America.

Sheriff London is the first Republican to ever be elected sheriff in Eddy County. He distributes Bibles on behalf of Gideon International and met his wife in choir practice.

A New Mexico sheriff stood up against armed U.S. Marshals in a land dispute in Carlsbad, Eddy County, New Mexico.

“I wasn’t doing it for fame or glory,” Sheriff Scott London said. “I just did it because I’m trying to do the right thing.”

It was just after 9 a.m. two weeks before Christmas when U.S. Marshals armed with automatic weapons tore through a Carlsbad home. Inside the home were 20-year-old Wilson Baughman and her 1-year-old baby.

“There was extremely loud banging at the door and I could hear other people surrounding my house,” Baughman said.

The feds were trying to evict the mom and dispose of the property, claiming the home was going to be auctioned off because the owner had not paid his taxes. According to court documents, the owner had appealed the case but never had his day in court.

“We certainly cannot be selling or disposing of property until due process has been exhausted,” Sheriff London said.

“I was aware that the case was pending and in appeals,” Sheriff London said.

Marshals threatened to arrest the sheriff, but he stood his ground.

“I’m very proud of him. Not very many people have the courage to stand up against an organization that’s as large and powerful as the IRS,” Baughman said.

The appeal is still pending, but in 10 days the IRS intends to auction off three of the owner’s homes in Carlsbad. The sheriff sent a letter to the IRS requesting the agency cancel the auction, but he hasn’t said what he’ll do if the IRS says no.

Baughman has found another place to live.