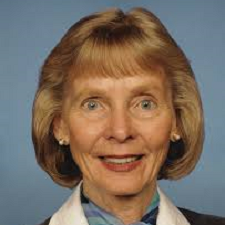 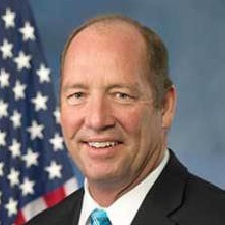 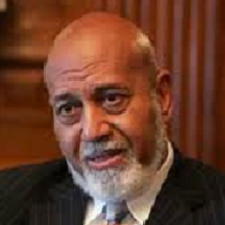 Alcee Hastings was a federal judge from 1979 until he was impeached for bribery and perjury in 1988. He was convicted by the U.S. Senate and removed from his position in 1989, making him one of just eight federal officials in U.S. history to be impeached and removed from office.

Then Alcee Hastings ran for the political office of the United States Congress, and was first elected in 1992. This was followed with him being reelected again in 1994, 1996, 1998, and so forth through 2014.

In the summer of 2014, Congressman Alcee Hastings co-sponsored the measure formally known as H.R. 5344, the “Responsible Body Armor Possession Act.” It would prohibit the purchase, ownership or possession of enhanced body armor by civilians. The bill would have provided exceptions for those whose purchase or possession of body armor is authorized by the federal government or state governments, or the political subdivision of a state.

The legislation also specifies that violations would be punishable by an unspecified (and therefore, unlimited) fine, imprisonment for not more than 10 years, or both.

Among the items the legislation would prohibit are not only the familiar Kevlar vests, but also a “helmet or shield, the ballistic resistance of which meets or exceeds the ballistic performance of Type III armor.” (Type III armor, by definition, protects against bullets traveling at approximately 2,780 feet per second.)

Even if the measure would pass — and it’s not likely, given the GOP majorities in the House and Senate — body armor is already currently regulated by the federal government.

Under 18 U.S. Code, Section 931, it is unlawful for a person to purchase, own, or possess body armor, if that person has been convicted of a felony, i.e., an offense under state law that would constitute a crime of violence. An exception is made if the ‘defendant’ (notice that a convicted felon possessing body armor is already considered to be a ‘defendant,’ even if they have committed no further crimes) obtained prior written certification from his or her employer that the defendant’s purchase, use, or possession of body armor was necessary for the safe performance of lawful business activity.

Violators of the law could be sentenced to 10 years in prison.

It should be noted, the federal measure to ban body armor comes at a time when federal, state and local law enforcement is becoming more and more militarized. In turn, it’s not surprising the very same police who have been getting much of this armor are very much in favor of making sure no one else gets it.

Again, the measure has so far been given zero consideration in the GOP-controlled House, and most assuredly there would be a coalition of concerned citizens’ organizations that would lobby against its passage. But it is telling that treasonous politicians like Alcee Hastings want to make it more difficult for American citizens to protect themselves.