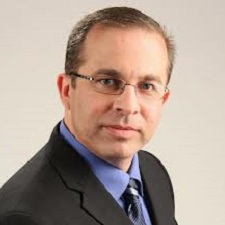 Pete Santilli is a patriot.

Pete Santilli is a patriot

Pete Santilli, a new media journalist who broadcasts his news reports over YouTube and streaming internet radio, is sitting in jail.

Santilli, notorious for his controversial topics, vocal outrage over government abuses, and inflammatory rhetoric, is not what anyone would consider an objective reporter. His radio show, aptly titled “Telling You the Truth…Whether You Like It or Not,” makes it clear that Santilli has a viewpoint (namely, that the government has overstepped its bounds), and he has no qualms about sharing it with his listeners.

It was that viewpoint that landed Santilli in jail.

In early January 2016, a group of armed activists, reportedly protesting the federal government’s management of federal lands and its prosecution of two local ranchers convicted of arson, staged an act of civil disobedience by occupying the Malheur National Wildlife Refuge in Burns, Oregon. Santilli, who has covered such protests in the past, including the April 2014 standoff in Nevada between the Bundy ranching family and the federal government over grazing rights, reported on the occupation in Burns as an embedded journalist, albeit one who was sympathetic to the complaints (although not the tactics) of the occupiers.

When asked to clarify his role in relation to the occupation, Santilli declared, “My role is the same here that it was at the Bundy ranch. To talk about the constitutional implications of what is going on here. The Constitution cannot be negotiated.”

Well, it turns out that the Constitution can be negotiated, at least when the government gets involved.

Long a thorn in the side of the FBI, Santilli was arrested by the FBI following its ambush and arrest of key leaders of the movement. He was charged, along with the armed resistors, with conspiracy to impede federal officers from discharging their duties by use of force, intimidation, or threats—the same charge being levied against those who occupied the refuge—which carries a maximum sentence of six years in prison.

Of course, the government doesn’t actually believe that 50-year-old Santilli is an accomplice to any criminal activity.

Read between the lines and you’ll find that what the government is really accusing Santilli of is employing dangerous speech. As court documents indicate, the government is prosecuting Santilli solely as a reporter of information. In other words, they’re making an example of him, which is consistent with the government’s ongoing efforts to intimidate members of the media who portray the government in a less than favorable light.

This is not a new tactic.

During the protests in Ferguson, Missouri, and Baltimore, Maryland, numerous journalists were arrested while covering the regions’ civil unrest and the conditions that spawned that unrest. These attempts to muzzle the press were clearly concerted, top-down efforts to restrict the fundamental First Amendment rights of the public and the press.

The Obama administration’s treatment of reporters has caused controversy before. In 2009, the Department of Justice targeted a Fox News reporter in an investigation. Three years later, DOJ seized Associated Press reporters’ phone records. After that, former Attorney General Eric Holder ordered a review of the Justice Department’s news media policies. DOJ employees must consult with a unit within the Criminal Division before they arrest someone when there is a “question regarding whether an individual or entity is a ‘member of the news media,’” according to a January 2015 memo from Holder to DOJ employees.”

That the government is choosing to target Santilli for prosecution, despite the fact that they do not recognize new media journalists as members of the mainstream media, signals a broadening of the government’s efforts to suppress what it considers dangerous speech and stamp out negative coverage.

The message is clear: whether a journalist is acting alone or is affiliated with an established news source, the government has no qualms about subjecting them to harassment, arrest, jail time and trumped up charges if doing so will discourage others from openly opposing or exposing the government.

You see, the powers-that-be understand that if the government can control speech, it controls thought and, in turn, it can control the minds of the citizenry.

Where the government has gone wrong is in hinging its case against Santilli based solely on his incendiary rhetoric, which is protected by the First Amendment and which bears a striking resemblance to disgruntled patriots throughout American history.

Here’s what Santilli said: “What we need, most importantly, is one hundred thousand unarmed men and women to stand together. It is the most powerful weapon in our arsenal.”

Now compare that with the call to action from Joseph Warren, a leader of the Sons of Liberty and a principal figure within the American Revolution: “Stain not the glory of your worthy ancestors, but like them resolve never to part with your birthright; be wise in your deliberations, and determined in your exertions for the preservation of your liberties. Follow not the dictates of passion, but enlist yourselves under the sacred banner of reason; use every method in your power to secure your rights.”

Indeed, Santilli comes across as relatively docile compared to some of our nation’s more outspoken firebrands.

Now compare that to what George Washington had to say: “Unhappy it is, though, to reflect that a brother’s sword has been sheathed in a brother’s breast and that the once-happy plains of America are either to be drenched with blood or inhabited by slaves. Sad alternative! But can a virtuous man hesitate in his choice?”

And then there was Andrew Jackson, a hothead if ever there was one. He came of age in the early days of the republic, served as the seventh president of the United States, and was not opposed to shedding blood when necessary: “Peace, above all things, is to be desired, but blood must sometimes be spilled to obtain it on equable and lasting terms.”

This is how freedom rises or falls.

There have always been those willing to speak their minds despite the consequences. Where freedom hangs in the balance is when “we the people” are called on to stand with or against individuals who actually exercise their rights and, in the process, push the envelope far enough to get called out on the carpet for it.

The only therapy is the truth and nothing but the truth.

As the insightful and brash comedian George Carlin observed:

“Rights aren’t rights if someone can take them away. They’re privileges. That’s all we’ve ever had in this country, is a bill of temporary privileges. And if you read the news even badly, you know that every year the list gets shorter and shorter. Sooner or later, the people in this country are gonna realize the government does not give a fuck about them! The government doesn’t care about you, or your children, or your rights, or your welfare or your safety. It simply does not give a fuck about you! It’s interested in its own power. That’s the only thing. Keeping it and expanding it wherever possible.”