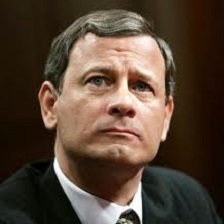 Move over Benedict Arnold, the pages of history has revealed a new traitor – Chief Justice John Roberts of the United States Supreme Court.

When you consider back in 2012, Chief Justice John Roberts had the opportunity to rule the Obamacare law unconstitutional with the strike of his pen, that logic seemed a little naïve. And now it is clear he never intended to have the law struck down in that way.

Chief Justice Roberts offered no comment on it, he just said, “No. No, we’re not hearing that.”

The bottom line is that Chief Justice Roberts‘ vote has put almost 15 percent of the nation’s gross domestic product (GDP) under one of the world’s most bureaucratic, ineffective, incompetent and grossly expensive systems ever devised by man: our out of control federal government.

Chief Justice Roberts squandered the opportunity to restore judicial, financial and legislative sanity to a government that by any sane person’s standards is insane and addicted to centralized federal control of our lives.

Chief Justice Roberts‘ opinion was that Obamacare was a tax, not a mandate under the Commerce Clause to purchase a product, and that Congress can levy any tax it wants.

As most may recall, the president and the government’s very own attorney who argued the case before the Supreme Court said that Obamacare was not a tax. Fascinating, Mr. Chief Justice, that you legislated from the bench that Obamacare is a tax.

Following the chief justice’s logic, our professional political punks in Washington can mandate any tax-penalty they choose. For example, if you don’t buy an Obama-approved green energy automobile, our federal government could tax us for refusing to do so. That’s the essence of this ruling.

Our entitlement programs have bankrupted America. We have dug a financial crater so deep that many doubt we can ever climb out. With his vote, Chief Justice Roberts didn’t give government an even bigger shovel, he gave government an earth mover with which to dig bigger financial holes.

Quite possibly, with his vote, Chief Justice John Roberts has engineered the ultimate demise of this great experiment in self government.

Americans feel betrayed for the second time in three years, for Supreme Court Chief Justice John Roberts on Thursday (June 25, 2015) again unconstitutionally saved Obamacare. In retaliation, he’s been branded Enemy #1 by conservatives Americans, who have been calling him a traitor – or worse.

Roberts joined the 6-3 majority in deciding federal subsidies for Americans in 34 states that didn’t set up their own health care exchanges were legal, Business Insider reports. The digs started with conservative Justice Antonin Scalia, who said in his dissent that the law should now be called “SCOTUScare.”

Judge Andrew Napolitano, judicial analyst on Fox News, said Roberts undermined his credibility, reaching “bizarre and odd contortions in order to save this statute twice. The court is now in the business of saving a statute in order to save its reputation.”

Media Matters reports that Quinn Hilyer of the National Review called Roberts a “disgrace” in an attack on the justice after the decision was made public. In a brief post to The Corner, Hilyer called Roberts “results-oriented, “ruling on big cases based on what he thinks the policy result should be or what the political stakes are for the court itself.”

Put it all together and this is what we now have:

1. Words in laws passed by congress no longer have any meaning if the unelected SCOTUS deems them ambiguous.

2. The unelected SCOTUS has awarded itself new dictatorial powers. They have now given themselves authority to not only interpret law (their legitimate constitutional role) but also to “change law” and “make law” in outright violation of the very constitution they are sworn to and duty bound to uphold.

3. Laws passed by congress are now valid ONLY if the unelected SCOTUS agrees with them politically even if the law is otherwise constitutional.

4. When the written word no longer has meaning in law as the SCOTUS decision on Obama-care deems, then only the unelected SCOTUS can give meaning to law regardless of the laws constitutionality.

5. We no longer have a balance of power through three branches of government. Power is now limited to the “elected” Executive Branch and the “unelected” Judicial Branch. The largest and most representative “elected” branch – The Legislative Branch, has been rendered by the “unelected” SCOTUS to be little more than a powerless free speech body serving in a purely ceremonial rule. Worse, both Republican and Democrat law makers have surrendered their constitutional power without a fight and will take no actions to restore it. Why bother because any law they pass to restore their power will be overruled by the “unelected” SCOTUS thus rendering the Legislative Branch forever more to being nothing more then a large collection of voices without power.

The SCOTUS decision on Obama-care was not just an overreach or a simple judicial error. Rather, it was a political play and a usurpation of power by the SCOTUS that is monumental, historic, and calamitous to our Republic. It is an abuse of power of such magnitude that it has changed our Republic forever. Because of this decision we will never again have a balance of power in our nation.

Only two far reaching outcomes can result from this decision regardless of who is elected president or any legislation passed by congress to counter it. Evidence today’s legal precedent that is now firmly established.

Here are the only two long-term, and likely short term, outcomes of this far reaching impact of this SCOTUS decision which supersedes any healthcare:

A. Total submission and acceptance by the American people to this lifetime transformational and fundamental change to our constitution, the power of elected office, our constitution and the framework of our Republic

Put it all together, and Chief Justice John Roberts is truly one of Americas biggest traitors. As Dan Gainor of the Media Research Center went on Twitter and said, “Roberts is a scumbag, and he cares more about what journalists and historians write about him than the actual frikkin’ law.”

Not many have the courage and balls to say what many smart people are thinking. “Was Justice Roberts BLACKMAILED?”

Many Americans would put nothing by the Obama administration that lives and rules by the Chicago thug playbook.

Ask yourself this if you doubt it? On the same day that Justice Roberts and the Supremes upheld Obamacare – again – the key IRS watchdog reported to Congress that the IRS purposely destroyed evidence of another crime.