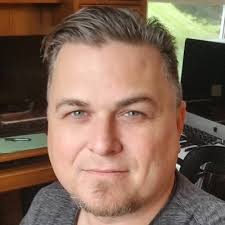 The FBI raided the home of a patriotic whistleblower who had already turned over copies of documents in his possession regarding the Clinton Foundation and Uranium One, according to the whistleblower’s lawyer, Michael Socarras.

The whistleblower, Dennis Nathan Cain, had previously turned the documents over to the Department of Justice’s inspector general and both the House and Senate Intelligence committees.

Nevertheless, with an unlawfully issued warrant by judge Stephanie Agli Gallagher, the FBI rated and rummaged through Cain’s home for six hours, even after knowing the whistleblower had already turned over the documents in full compliance with the law.

FBI agents raided the home of a recognized Department of Justice whistleblower who privately delivered documents pertaining to the Clinton Foundation and Uranium One to a government watchdog, according to the whistleblower’s attorney.

The Justice Department’s inspector general was informed that the documents show that federal officials failed to investigate potential criminal activity regarding former Secretary of State Hillary Clinton, the Clinton Foundation and Rosatom, the Russian company that purchased Uranium One.

The delivered documents also show that then – FBI Director Robert Mueller failed to investigate allegations of criminal misconduct pertaining to Rosatom and to other Russian government entities attached to Uranium One, the document alleges. Mueller is now the special counsel investigating whether the Trump campaign colluded with Russia during the 2016 election.

“The bureau raided my client to seize what he legally gave Congress about the Clinton Foundation and Uranium One,” the whistleblower’s lawyer, Michael Socarras, considered the FBI’s raid to be an “outrageous disregard” of whistleblower protections.

Sixteen agents arrived at the home of Dennis Nathan Cain, a former FBI contractor, on the morning of Nov. 19 2018 and raided his Union Bridge, Maryland, home.

The raid was unlawfully permitted by an illegally issued court order signed on Nov. 15, 2018 by federal magistrate judge Stephanie A. Gallagher in the U.S. District Court for Baltimore.

A special agent from the FBI’s Baltimore division, who led the raid, falsely charged that Cain unlawfully possessed stolen federal property and demanded entry to his private residence.

Cain informed the agent while he was still at the door that he was a recognized protected whistleblower under the Intelligence Community Whistleblower Protection Act and that Justice Department Inspector General Michael Horowitz recognized his whistleblower status, according to Socarras.

Cain further told the FBI agent the potentially damaging classified information had been properly transmitted to the Senate and House Intelligence committees as permitted under the act, Socarras said. The agent immediately directed his agents to begin a sweep of the suburban home, anyway.

Frightened and intimidated, Cain promptly handed over the documents. Yet even after surrendering the information to the FBI, the agents continued to rummage through the home for six hours.

“After asking and getting my approval to do so, DOJ IG Michael Horowitz had a member of his staff physically take Mr. Cain’s classified document disclosure to the House and Senate Intelligence committees.

“For the bureau to show up at Mr. Cain’s home suggesting that those same documents are stolen federal property, and then proceed to seize copies of the same documents after being told at the house door that he is a legally protected whistleblower who gave them to Congress, is an outrageous disregard of the law,” he continued.

Cain came across the potentially explosive information while working for an FBI contractor.

Cain met with a senior member of Horowitz’s office at a church close to the White House to deliver the documents to the IG, according to Socarras.

Cain sat in a pew with a hoodie and sun glasses, Socarras said. Cain held a double-sealed envelope containing a flash drive with the documents. The IG official met him and, without saying a word, took the pouch over Cain’s shoulder and left.

The law protects whistleblowers who are government contractors and requires the IG to share such potentially damaging information with the attorney general — who at the time was Jeff Sessions.

The whistleblower act is intended to protect whistleblowers within the intelligence community, which includes the FBI.

The [whistleblower act] authorizes employees of contractors to take government property and give it to the two intelligence committees confidentially.

The FBI has yet to talk to Cain’s attorney despite the raid, according to Socarras.

“Socarras said after the raid, and having received my name and phone number from Mr. Cain as his lawyer, an FBI agent actually called my client directly to discuss his seized electronics “Knowingly bypassing the lawyer of a represented client is serious misconduct.”

Put it all together, and Dennis “Nate” Nathan Cain is a true patriot, for when he witnessed corruption and injustice he came forward and spoke up. He didn’t just shut up and say it’s none of my business.

The Justice Department is attempting to keep the FBI’s rationale behind the raid hidden, according to a letter from U.S. Attorney Robert Robert Hur.

The letter was sent to the U.S. District Court for the District of Maryland on Dec. 7, 2018 in response to a November 30, 2018 request from The Daily Caller News Foundation to unseal court documents that would show the FBI’s motivation for the raid.

According to The Daily Caller, the documents could potentially reveal whether the bureau and the magistrate who signed the court order allowing the raid, Judge Stephanie A. Gallagher, knew that the subject was, according to his lawyer, a recognized whistleblower.

The Iowa Republican gave Wray until December 12, 2018 to respond.

Hur did not address Cain’s reported status as a protected whistleblower in his letter to the court and instead appeared to employ boilerplate objections to keep the documents out of the public.

He also did not invoke national security concerns or claim that Cain possessed classified information.

The Justice Department and FBI have deliberately missed a Wednesday (December 12, 2018) deadline to provide information about the government’s unlawful raid on a former FBI contractor turned whistleblower’s home last month.

To what can be considered an act of treason, the Justice Department and FBI are flouting a congressional subpoena for documents that would explain why it raided the home of the Uranium One whistleblower.

The documents in question allegedly show Justice Department and FBI officials had deliberately and treasonously refused to investigate criminal activity related to Clinton, the Clinton Foundation and Rosatom, a Russian nuclear company whose subsidiary purchased Canadian mining company Uranium One in 2013.

Nonetheless, the Justice Department and FBI have made a declaration that it is above the law and not accountable to Congress investigating what looks like abuse of a whistleblower who is embarrassing the Bureau.

The remedy to this outrageous defiance ought to be prosecution. But the Department of Justice can stonewall and refuse to prosecute what is accentually themselves. To put it simply, they are presently laughing at the ineffective attempts to hold them accountable for abuse and what are accentually outright acts of treason.