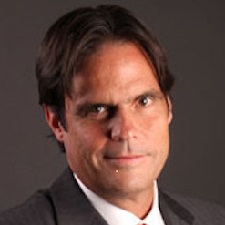 Brian J. Smith is a traitor.

Brian J. Smith is a traitor to our Nation byway of using his position as president and chief operating officer of The Coca-Cola Company. In this role, he is responsible for leading the company’s global field operations into an unconstitutional new world of diversity, inclusion and equity, the acronym DIE aptly applies. In other words, thanks to Brian J. Smith, the Coca-Cola Company has now been forced to adopt this socialist form of left-wing ideology.

Consequently, Coca-Cola has sent out notices to law firms demanding that the company will “require diversity among law firms who bill it for work in the United States and reduce payments if they do not comply.”

Because of pressure from the Marxist, anti-American Black Lives Matter, many Fortune 500 companies have pledged to address alleged racial inequality more aggressively.

In fact, there is almost a competition among firms to see who gets the highest score of diversity and inclusion.  How is this accomplished?

To determine the Best Workplaces for Diversity, Fortune partnered with Great Place to Work® to analyze anonymous survey feedback representing more than 4.8 million US employees.

The Best Workplaces for Diversity list focuses on the experiences of women, people of color, LGBTQ people, employees who are Boomers or older, and people who have disabilities. The ranking is based on what these employees themselves report in a 60-question Trust Index© survey about the trust, pride and camaraderie they experience in their workplace, and how those experiences compare to their colleagues’ reports of the same workplaces. Great Place to Work also consider[s] employees’ daily experiences of innovation, the company’s values, and the effectiveness of their leaders, to ensure they’re consistently experienced, as well.

The remaining 15 percent of the rank is based on the diversity of the company’s overall workforce and its management, senior leadership and board, taking into account industry trends. 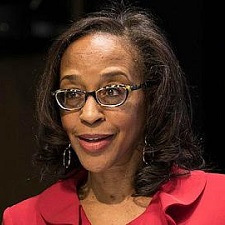 The company that once touted “Red, White, and You,” has come a long way to now being a leading proponent of the racism that is the underbelly of diversity.

Thus, Coca-Cola’s general counsel is urging law firms to “effect real systemic change” by adhering to new requirements that [mandate that] outside counsel allocate a portion of work to diverse attorneys — specifically Black lawyers — or risk losing money or even future legal business.”

In essence, “Coke said it will require quarterly reporting about the makeup of legal teams that do work for it and self identify as American Indian, Alaska Native, Asian, Black, women, Hispanic/Latinx, LGBTQ, Native Hawaiian, Pacific Islander or persons with disabilities. For those working on new matters for Coke, ‘at least 30 percent of each of billed associate and partner time will be from diverse attorneys, and of such amounts at least half will be from Black attorneys.'”

It said the percentages, which are roughly equal to those of the U.S. population overall, will be adjusted over time to eventually hit at least 50 percent of billed time coming from diverse attorneys, with half from Black attorneys.

Firms that fail to meet the targets will be docked 30 percent of their fees, and those who continue to come up short may no longer be considered for Coke work.

Apparently like everything that is radically left-wing, merit does not matter. This is identity politics on steroids.

The fact that there are fewer Black lawyers must be, according to Leftist group think, because of racism. It could never be because fewer Black people choose to enter the legal profession or that because of another brainchild of left-wing philosophy, affirmative action, fewer Blacks succeed in the field.

America already has many protections against discrimination, i.e., the EEOC, and yet the legal profession is now being told it must break the law so that Coca Cola can have the final say in its virtue signaling and its adherence to Black Lives Matter demands.

Of course, the natural result of this is many more people will suddenly self-identify as American Indian, Alaska Native, Asian, Black, Hispanic, LGBTQ+, Native Hawaiian, Pacific Islander or a person with disabilities.”

Heck, I should now claim Hispanic heritage because probably an ancestor of mine was one of the Spanish conversos who were exiled or murdered during the Spanish Inquisition!

Another result will be the deep resentment among different groups because one group is being promoted not based on merit but because of identity politics.

This is just another embodiment of Marxist class warfare now redefined.

This, of course, is always the aim of the Left.  They will mouth diversity, inclusion, and equity.  But anyone who sees through this will note that “equity is not equality. It is a substitute for equal rights. Equity requires the authorities to determine who gets what according to the race, the ethnicity or other status of the beneficiaries. It is updated Marxist claptrap  in which race replaces class.”

This is because the purveyors of this racist ideology couched in alleged empathy and compassion believe that a “lower than population percentage of blacks in any desirable category must be the result of systemic racism.”

We are now in the throes of a hideous left-wing takeover of this country. The term ‘diversity’ now excludes white straight males. Thus, to achieve equity, you first have to take away equality for individuals who were born in the wrong identity group. Merit has no bearing on anything any longer in this country. Consider that 85% of Biden’s new political appointees to the Office of Personnel Management identify as people of color, women or LGBTQ.

It is ironic that businesses, the mainstay of our economic engine, have now taken on the face of tyranny.

I would hope that Americans decide that Coca-Cola is no longer their choice of drink. I would request that these now-designated groups perceive that they are being held to the soft bigotry of low expectations. That to gain a foothold because of something they had no control over such as their race is an abiding insult that lowers self-esteem and pride and worth.

I pray that the legal minds push back hard on Coca-Cola and their dictatorial edicts . I would appeal to the lawyers to stand up and proclaim that such demands are completely contrary to the Constitution and Declaration of Independence and are merely more tools in the leftist arsenal to weaken, eviscerate and eventually destroy America.