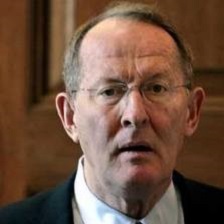 Senator Lamar Alexander is a traitor.

United States Senator Lamar Alexander is considered by most as a RINO (Republican In Name Only).

Senator Alexander was one of two Republicans that voted in favor of allowing President Obama to imprison US citizens indefinitely without trial.

Senator Alexander voted to continue giving American tax dollars to the governments of Egypt, Pakistan, and Libya (among others).

On top of his $174,000 salary, Senator Alexander has become extremely rich while serving in public office. It is reported Senator Alexander now has upwards of $19.2 million in assets, and this amount doesn’t include his homes, automobiles or other effects.