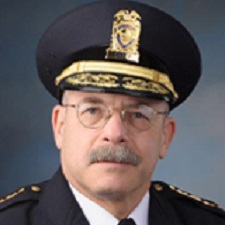 Chief Kim Dine swore allegiance to protect and defend the United States Constitution, along with accepting the duties as police chief in protecting the Members of Congress and their families throughout the United States, its legislative processes, employees, visitors, and facilities from crime, disruption, or terrorism. This includes protecting life and property; preventing, detecting, and investigating criminal acts; and enforcing traffic regulations throughout a large complex of Congressional buildings, parks, and thoroughfares.

Despite several news organizations sending numerous phone and email requests for this information to the Capitol Police, no such information has been provided.

Lacking the public release of this information from Chief Kim Dine, several critical questions about the circumstances surrounding Reid’s injuries will remain unanswered:

1. If it was an accident, what are the details of that accident?

2. If it was not an accident, was it an assault?

3. If the possibility of assault on a member of Congress, a federal crime, has not been ruled out, why is the FBI, which has jurisdiction over such matters, not currently investigating?

4. If it is a possible assault and the Capitol Police have not reported it as such to the FBI, would such a failure to report constitute obstruction of justice?

Chief Kim Dine and the Capitol Police, however, are not subject to the HIPAA privacy rule, and their release of all the information related to Reid’s injuries is in the public interest.

At present, they appear to be stonewalling at best.

Failure to fully disclose its activities is nothing new to the Capitol Police and Chief Kim Dine.

In January 2015, the board–Sergeant at Arms of the Senate Frank J. Larkin, Sergeant at Arms of the House Paul D. Irving, and Architect of the Capitol Stephen T. Ayres, held a testy supervisory meeting with Kim Dine and Deputy Chief Daniel B. Malloy, in which they expressed dissatisfaction with Kim Dine’s lack of disclosure regarding several recent high profile incidents.

After stonewalling release of reports filed by the Capitol Police protective detail that was with Harry Reid when he suffered mysterious injuries on New Year’s Day, Kim C. Dine, chief of the Capitol Police, is reported to have resigned:

U.S. Capitol Police Chief Kim C. Dine has submitted a letter of resignation to the Capitol Police Board, multiple sources with direct knowledge of the situation confirmed to CQ Roll Call.

It is not currently known whether the letter has or will be accepted by the three-member board, made up of the House and Senate sergeants-at-arms and the Architect of the Capitol. Multiple attempts to secure a comment from Dine were unsuccessful.

There are other issues aside from the mystery surrounding Reid, whose story about his injuries has changed:

The chief’s letter of resignation also comes amid reports of conflict within the department, which employs 1,775 sworn officers and 370 civilians. A recent CQ Roll Call report detailed growing frustration among rank-and-file officers regarding alleged policies passed down from department brass that officers should not participate in “low value” stops around the Capitol campus. The officers said the top priority was combating terrorist threats against the Capitol and lawmakers, with day-to-day policing taking a backseat.

But it is clear that Harry is watching out for his guy:

Despite the recent concerns about Dine’s leadership, he did receive support from some lawmakers, including Senate Minority Leader Harry Reid, D-Nev., a former Capitol Police officer himself. “I’m for a strong Capitol Police,” Reid said on March 3. 2014. “We need to give them more resources, rather than less.” 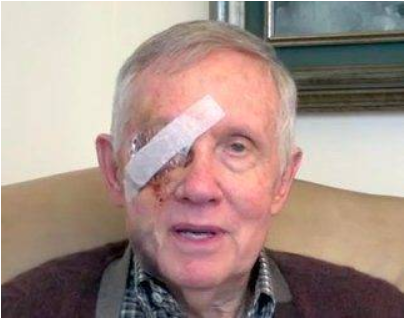 As in Alice and Wonderland, things keep getting curiouser and curiouser about Harry Reid.