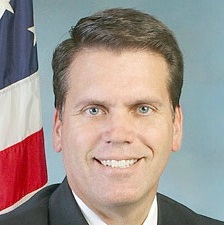 Steven E. Ibisen is a traitor.

Steven E. Ibisen is a traitor.

Steven E. Ibisen a top Florida FBI agent repeatedly lied by saying that members of a Saudi family living quietly near Sarasota were questioned after the 9/11 terrorist attacks, but no evidence was found that linked them to the hijackers.

A week after the Broward Bulldog News and The Miami Herald published a story showing ties between the family and some of the 9/11 terrorists, Tampa’s head FBI agent, Steven Ibison, released a statement Thursday (September 15, 2011) saying the FBI investigated “suspicions surrounding” the Sarasota home, but never found evidence tying the family members to the suspects.

“There was no connection found to the 9/11 plot,” said the statement by FBI agent, Steven Ibison, released to the St. Petersburg Times. The prepared statement provided no details.

The agency’s statement by FBI agent, Steven Ibison “to correct the public record” came just days after Democratic Congresswoman Kathy Castor asked for a House investigation into the events surrounding the Sarasota family, which abruptly left the home days before the 9/11 attacks, leaving behind three vehicles, food in the refrigerator and toys in the pool.

The official version by FBI agent, Steven Ibison, the second in a week, conflicts sharply with reports from people who worked at the homeowners’ association and a counter-terrorism officer who joined the investigation.

A senior administrator at the luxury community told reporters that cars used by the 9/11 hijackers — the tag numbers noted by security at the gate — drove to the entrance requesting to visit the family at various times before the terrorist attacks. One of the cars was linked to terrorist leader Mohamed Atta, said administrator Larry Berberich.

In addition, a counterterrorism officer who requested anonymity said agents also linked phone calls between the home and known hijacking suspects in the year before the attacks.

“Nobody I’ve spoken with from the Joint Inquiry says we got any information on this,” Graham said. “It’s total B.S. It’s the same thing we’ve been getting from the FBI for the past 10 years.”

Graham, who appeared on national television, added that the FBI failed to provide information in the years after 9/11 linking members of the terrorist team to other Saudis in California until congressional investigators discovered it themselves.

“It was not because the FBI gave us the information. We had a very curious and effective investigator who found out,” Graham told MSNBC.

For the most part, Steven E. Ibisen along with several other high ranking FBI agents have commited treason by giving aid to the enemy. They have betrayed their oath to defend the Constitution of the United States, and have singlehandedly turned a large portion of the FBI into a clandestine subversive organization.

Read more about how Steven E. Ibisen in collaboration with James Caruso (FBI Deputy Executive Assistant Director for Counterintelligence and Counterterrorism) lied about the deep ties between this Florida Saudi family – that abruptly fled weeks before the 9/11 terrorist attacks – and the hijackers who carried out the plot: http://www.patriotortraitor.com/james-t-tim-caruso/

Steven E. Ibisen has since retired from the FBI. 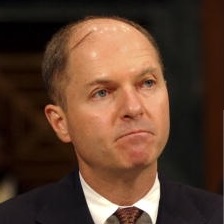 James Caruso (as the FBI Deputy Executive Assistant Director for Counterintelligence and Counterterrorism) lied to Congress about the deep ties between a Florida Saudi family—that abruptly fled weeks before the 9/11 terrorist attacks—and the hijackers who carried out the plot.

Tim Caruso outright lied and covered-up the involvement of a Saudi family that lived in a Sarasota (Florida) gated community and suspiciously fled weeks before 9/11, leaving behind three cars, food in the fridge and toys in the pool. Security officials at the gated community revealed that cars used by the 9/11 hijackers visited the family various times before the attacks, including the vehicle linked to plot leader Mohamed Atta.

When local media started asking questions, the head of the area’s FBI office admitted that the agency investigated “suspicions surrounding” the Sarasota home but never found evidence tying the family to the terrorists. Thankfully, the news watchdog kept digging—and litigating to obtain information—and years later uncovered damaging records in which the FBI acknowledges the family with ties to a one-time advisor to a Saudi Prince did in fact have “many connections” to “individuals associated with the terrorist attacks on 9/11/2001.”

The Florida home was owned by Esam Ghazzawi, a former advisor to a senior Saudi Prince, and occupied by Ghazzawi’s daughter, Abdulaziz, and son-in-law, Anoud al-Hijji and their small children. Their hurried departure prompted neighbors to call the FBI. A “secret” document obtained by the watchdog earlier this year ties individual family members to the Venice, Florida flight school where suicide hijackers Mohamed Atta and Marwan al-Shehhi trained. Accomplice Ziad Jarrah took flying lessons at another school a block away.

Atta and al-Shehhi were at the controls of the jetliners that slammed into the New York World Trade Center’s Twin Towers, killing nearly 3,000 people. Jarrah hijacked United Airlines Flight 93, which crashed in a field in rural Pennsylvania. Those records, obtained by the Florida journalism group in April, flatly contradict the FBI’s longtime denials of having no evidence connecting the al-Hijjis to the 9/11 terrorists.

Now the feds are in full cover-up mode, with a senior FBI official asserting in a sworn declaration that disclosing information—that for years the agency denied even existed—about the Florida Saudis with ties to the terrorists “would reveal current specific targets of the FBI’s national security investigations.” The 33-page declaration was filed in support of a Department of Justice (DOJ) court motion seeking to end the news watchdog’s litigation to obtain more information involving the secret probe.

In light of this new evidence, a U.S. Senator who chaired the 9/11 Commission filed court papers on May 31, 2013 accusing James Caruso and the FBI of impeding Congress’s inquiry into the September 2001 attacks by withholding information about the Florida connection to the terrorists who carried them out. The former Florida Senator, Bob Graham, writes that “the FBI’s failure to call (to the Joint Inquiry’s attention) documents finding ‘many connections’ between Saudis living in the United States and individuals associated with the terrorist attack(s). . . interfered with the Inquiry’s ability to complete its mission.”

James T. Caruso is not only a liar and traitor, but is by definition a terrorist himself.

Remember. . . On the morning of Tuesday, September 11, 2001, no less than 19 Muslim terrorists from the Islamist militant group al-Qaeda perpetrated four coordinated suicide attacks in the United States, killing nearly 3000 innocent victims and causing immeasurable damage to the U.S. and global economies (thereafter, the “9/11 attacks”).

James T. Caruso left the FBI and became a consultant at the Center for Strategic Management (CSM) in the spring of 2004.