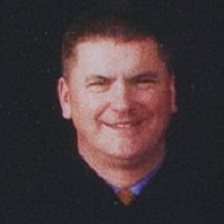 Timothy Mark Burgess is a traitor.

Timothy Mark “Tim” Burgess is a judge on the United States District Court for the District of Alaska.

Judge Burgess’s reasoning for overturning the will of the people of Alaska is telling:

“Refusing the rights and responsibilities afforded by legal marriage sends the public a government-sponsored message that same-sex couples and their familial relationships do not warrant the status, benefits and dignity given to couples of the opposite sex.”

Apparently there is nothing wrong in Judge Burgess’s mind in “refusing the rights and responsibilities afforded” to the people of Alaska to decide issues such as these for themselves. We have to wonder if Burgess has ever read the 10th Amendment. The Constitution does not say anything about marriage (and the 14th Amendment doesn’t say anything about it either). This is clearly an example of judicial tyranny, for this is a State issue and no federal judge has the right to declare it unconstitutional.

In other words, this is an act of treason, for Burgess as an unelected appointed judge has deliberately refused to understand the fundamental rights of the people are unalienable and can neither be given nor taken away from anyone without due process of law.