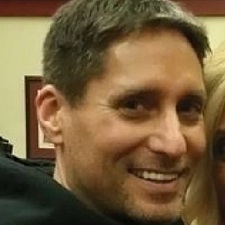 On Sunday, October 18, 2020 – William Kaetz was arrested and charged with threatening a federal judge.

William Kaetz, 56, of Paramus, New Jersey, mailed a message to the judge’s house last month asking that a case he had pending be expedited, asking that the judge be recused and saying that the “excessive delay” was “unacceptable to him,” U.S. Attorney Craig Carpenito said.

Less than a week later, Kaetz left a voicemail telling the judge the case should have been decided weeks ago, that he “wanted the judge off his cases and off the bench, and adding that he “would not take ‘no’ for an answer,” the U.S. attorney said.

Then came an email Sunday to the judge’s personal account and to others, including the general address for the U.S. Marshals Service, Carpenito said.

In that message, Kaetz claimed that the judge had been “avoiding and stonewalling” his case, that the judge was a “traitor,” that being a traitor “has a death sentence,” and that “there will come a time to take down those people that fail to do their job,” a complaint on file in U.S. district court says.

Noted that he has pending motions before the judge and that he would try his best “not to harm the traitor” judge but that the “traitor” judge needed to be dealt with, Carpenito said.

Then threatened to publicly reveal the judge’s home address, writing: “God knows who has a grievance and what will happen after that,” he said.

Records show several lawsuits filed in local and federal courts pro se by Kaetz, including one involving child support and another over the purchase of a car.

His arrest comes amid heightened concern for the safety of federal judges.

This past summer, an assailant dressed as a deliveryman killed the son of U.S. District Court Judge Ester Salas and wounded her husband at their Middlesex County home.

Kaetz was scheduled for a video-conferenced first appearance Monday in U.S. District Court in Newark on charges of making an interstate communication containing a threat to injure a person and with threatening to assault and murder a federal judge.

Carpenito credited special agents of the FBI and deputy U.S. Marshals for the District of New Jersey with the investigation and charges, handled by Asistant U.S. Attorney Dean Sovolos of his National Security Unit in Newark.

NOTE: The charges and allegations contained in the complaint are merely accusations, and the defendant is presumed innocent unless and until proven guilty.

The following is a glimpse into the self-represented plaintiff, who faces 10 years in prison for allegedly making threats against the judge assigned to the case.

Kautz has previously sued the United States for allowing “Socialists and Muslims” to hold jobs in the federal government.

Another Kaetz lawsuit was dismissed that fulminates over socialism and calls the Coronavirus pandemic a hoax. In turn, federal authorities claim this gives a glimpse into the self-represented plaintiff, who faces 10 years in prison for allegedly making threats against the judge assigned to the case.

The suit by William Kaetz included Hillary Clinton and Barack Obama as defendants, and it later added Black Lives Matter, Antifa and the governors of all 50 states.

But on Oct. 18, 2020 Kaetz was arrested based on messages he sent calling the judge overseeing his case a “traitor” who deserved a death sentence.

Kaetz’s suit was dismissed for lack of standing, based on a finding that he failed to show his injuries are “distinct from that suffered in general by other taxpayers or citizens.”

Authorities did not reference the target of his threats at the time his case was assigned to U.S. District Judge Claire Cecchi of the District of New Jersey, who dismissed his pro se lawsuit without prejudice in October 2019.

Kaetz’s amended complaint also takes issue with regulations ordering certain businesses to close due to COVID-19. On Tuesday, Kaetz’s motion to reopen the case and his amended complaint were dismissed by U.S. District Judge Kevin McNulty, to whom the case was reassigned after Kaetz’s arrest.

Judge McNulty found Kaetz lacks standing to sue because ”his allegations that his rights and freedom have been injured by the government are insufficient to demonstrate a particularized injury,” and that he failed to show that his injuries are “distinct from that suffered in general by other taxpayers or citizens.”

Many Patriotic Americans agree with Kaetz’s litigation strategy, and that he deserved his day in court, not to mention, a judge that showed qualities of patience, open-mindedness, courtesy, tact, firmness, understanding, compassion and humility. A judge should be able to deal with people calmly and courteously and should be willing to hear and consider the views of all sides of a case.

An effective justice system protects the rights of all citizens against infringement of the law by others, including by powerful parties and governments. . . In our Constitutional Republic, individual judges and the justice system as a whole should be impartial and independent of all external pressures.

Now what are we to do without a fair and unbiased justice system in which all people, regardless of their identities, are treated equitably by law enforcement officers and the courts?

Kaetz’s criminal case is assigned to U.S. Magistrate Judge Cynthia Reed Eddy of the Western District of Pennsylvania. Kaetz is represented in the criminal case by Douglas Sughrue, a Pittsburgh lawyer, who did not return a call about the case.