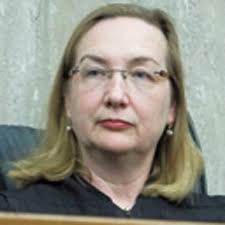 Judge Beryl Howell denied the demand by Sheriff Arpaio for a preliminary injunction to halt the policies, saying the plaintiff lacked legal standing in the case.

Sheriff Arpaio filed the case last month, saying Obama had overstepped his powers by bypassing Congress and ordering the changes himself.

Arpaio’s lawsuit said the reforms, which eased the threat of deportation for about 4.7 million undocumented immigrants, amounted to an amnesty and would encourage more people to cross the border illegally.

Judge Beryl Howel’s 33-page decision said Sheriff Arpaio did not meet the legal requirements to qualify as a person of standing in bringing the case on constitutional grounds.

Judge Beryl Howel’s decision went on to note that Sheriff Arpaio has no authority to enforce national immigration laws — he’s a local sheriff — and that his alleged harm is “largely speculative.” Arpaio argued that the president’s actions could create a “magnet” that draws undocumented immigrants into his county, but Howell dismissed that claim because the actions don’t apply to new immigrants.

Altogether, it is difficult to understand how any entity could be more greatly impacted than the sheriff of a border state who will be inundated with illegal alien criminals as a result of the dictatorial declaration.

While clearly the executive branch has acted unconstitutionally and usurped the powers of the legislative branch, a supposedly equal and separate part of our government that is not under its authority, this judge decided to look the other way and refused to act to impede the lawless misconduct. Simply said, Judge Beryl Howel’s chose to become a facilitator of regime lawbreaking rather than a constitutional impediment to it.

Judge Beryl Howell was nominated by President Barack Obama on July 14, 2010 and confirmed by the U.S. Senate on December 27, 2010.

But how is calling the Border Fence racist the same as calling The Constitution racist?

Section 4. Republican form of government guaranteed. Each State to be protected.

The United States shall guarantee to every state in this union, a republican form of government, and shall protect each of them against invasion; and on application of the legislature, or of the executive (when the legislature cannot be convened), against domestic violence.

There, “The United States shall guarantee to EVERY STATE …protect[ion] against invasion…”

Further hypocrisy is seen in that Mexico has a border fence and STRICT border enforcement long their southern border. Do Obama and Howell call that fence “racist”.

But for some this may not be enough. The fact that this Marxist moron calls an inanimate object “racist” and by association calls The Constitution and America’s Founders “racists” is not enough.

So has Judge Beryl Howell had other rulings that are equally treasonous and Marxist?

In June 2013, Judge Beryl Howell of the U.S. District Court for the District of Columbia dismissed the Pacific Legal Foundation (PLF)’s case that ObamaCare violates the Constitution’s Origination Clause. This clause reads, “All bills for raising revenue shall originate in the House of Representatives; but the Senate may propose or concur with amendments as on other Bills.”