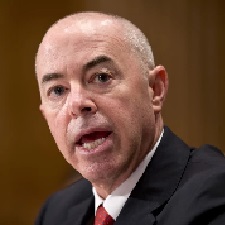 Alejandro Nicholas Mayorkas is a traitor.

Alejandro Nicholas Mayorkas is a traitor.

Alejandro Nicholas Mayorkas is a treasonous government official who has served as the seventh United States secretary of homeland security since February 2, 2021. During the Obama administration, he also served in the Department of Homeland Security, first as director of United States Citizenship and Immigration Services (2009–2013), and then as deputy secretary of DHS (2013–2016).

Mayorkas was born in Havana, Cuba. Shortly after the Cuban Revolution his family fled to Florida and later settled in California. He graduated from UC Berkeley, subsequently earning his J.D. from Loyola Marymount University. After law school, Mayorkas worked as an Assistant United States Attorney and was appointed the United States attorney for the Central District of California in Los Angeles during the administration of President Bill Clinton and George W. Bush, where he oversaw the prosecution of high-profile criminal cases.

Mayorkas was a member of the presidential transition team for Barack Obama before he assumed office in January 2009, where he led the team responsible for the U.S. Department of Justice’s Criminal Division. Mayorkas was appointed by President Obama as the director of U.S. Citizenship and Immigration Services (USCIS). On May 20, 2009, the nomination was received by the Senate; on August 7, 2009, the nomination was confirmed by the Senate by voice vote.

In 2016, Mayorkas became a partner at the law firm of Wilmer Cutler Pickering Hale and Dorr, in their Washington, D.C., office. On November 23, 2020, President-elect Joe Biden announced he would nominate Mayorkas as secretary of homeland security in his Cabinet.

On February 2, 2021, Mayorkas was confirmed by the Senate on a 56–43 vote. Senate Minority Leader Mitch McConnell opposed his confirmation, telling his Republican colleagues that Mayorkas, a former federal prosecutor and deputy secretary for DHS, was “ethically compromised” due to an inspector general report which suggested he had assisted some politically-connected foreign investors obtain green cards.

Mayorkas is the first immigrant and first person born in Latin America to lead the department.

“It is time to put politics aside, and do what is right and lawful for the livelihoods of the American people,” Attorney General Paxton said. “Mayorkas has looked down on those who live on the southern border without acting for long enough. Texans deserve better. It’s time for action.”

Alejandro Mayorkas was blasted as a traitor to the United States over his handling of the southern border crisis on Thursday (April 28, 2022), by a congressman who got personal in comparing President Biden’s Homeland Security secretary to Revolutionary War traitor Benedict Arnold as the DHS chief faced an onslaught from House Republicans.

“They compare you to Benedict Arnold. You know, no parent with the last name Arnold names their kid Benedict. They wonder what will the Mayorkas family do down the road.”

Mayorkas called the comparison “profoundly offensive” and said he is “incredibly proud” of his service to the US.

The embattled secretary faced off against several Republican members of the committee, including Ranking Member Jim Jordan (R-Ohio.) who asked Mayorkas point-blank, “Have you done anything right?”

“Next month you’re going to make it worse,” Jordan said, referring to the administration’s decision to lift Title 42, which allowed the US to immediately expel illegal migrants due to the pandemic.

“We’ve never seen before you do anything right when it comes to the border,” the Ohio congressman said, pointing to mass border crossings and agents turning their back on the secretary at an event.

“We have a Secretary of Homeland Security who is intentionally, deliberately, in a premeditated fashion…executing a plan to overwhelm our country with millions and millions of illegal migrants,” he said.

Mayorkas was also criticized by several members over the influx of fentanyl smuggled over the border. 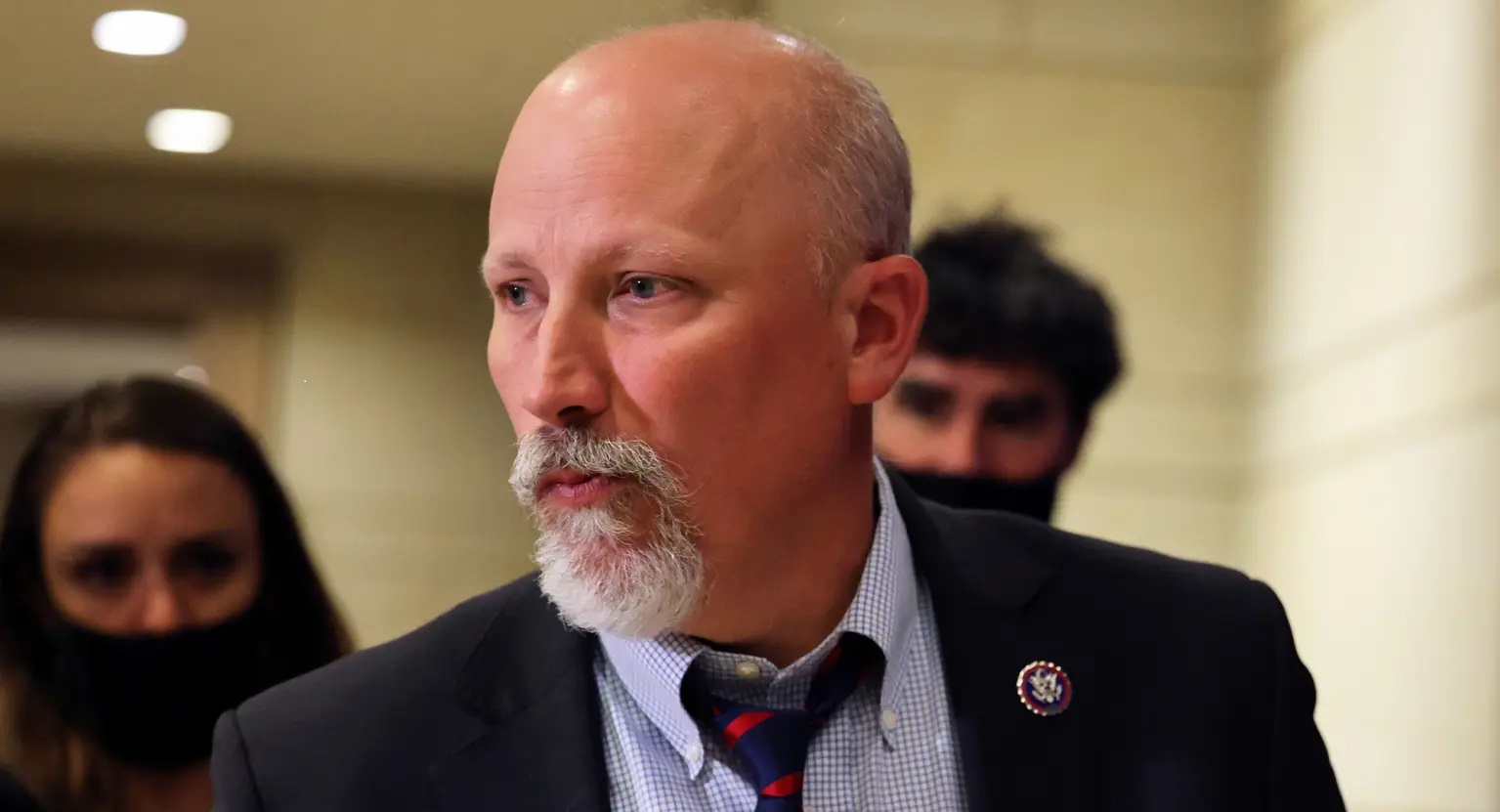 “Let’s talk about the damage being done in the United State of America,” Rep. Chip Roy (R-Texas) angrily said to the secretary.

As the committee’s chairman, Rep. Jerry Nadler, attempted to end Roy’s line of questioning, the Texas Republican continued to criticize Mayorkas for “urging people to come” to the US “harming Texas and harming this country.”

Thursday’s hearing comes just weeks after the Centers for Disease Control and Prevention announced its plan to lift the Trump-era Title-42 health order that has allowed border officials for two years to quickly expel migrants without hearing asylum claims.

Mayorkas defended the move in front of the House Appropriations subcommittee and House Homeland Security Committee on Wednesday, saying the decision lies with the Centers for Disease Control and Prevention.

“Our responsibility in the Department of Homeland Security is to implement the Title 42 authority of the CDC at our border and to implement it effectively and judiciously according to the law,” Mayorkas said.

He admitted that “there can be an increase in migratory flows” at the southern border should the order be lifted. But, as the CDC has called for it to end, DHS must “prepare and plan for that eventuality.”

Republican Rep. Matt Gaetz also blasted Mayorkas for not having a plan to remove immigrants already in the US.

Republican and Democratic lawmakers have both pushed back on the move, citing an expected migration surge.

Ultimately on Wednesday, he pointed to Congress, saying the current system is “not built to manage the current levels and types of migratory flows.”

“Only Congress can fix this.”

Rep. Darrell Issa (R-Calif.) pushed back on the matter, asking Mayorkas on Thursday, “You said that it was broken, did it represent less people coming over the border illegally and being admitted than today? Yes or no.”

“So there were a lot less coming over?” Issa clarified.

“The number of encounters has increased,” Mayorkas said.

“So the system you are calling broken was actually working relative to the border patrol not being swamped?” the congressman asked.

“Oh I wouldn’t say that,” the secretary started to say. “If I may, congressman, when I refer to a broken system, broken immigration system, I’m speaking of a broken system before the prior administration.”

“Mr. Secretary, my advice to you is to begin your search for a different career field very soon because there will be an election,” Johnson warned of a potential GOP House takeover next year based on the results of the midterm elections in November.

The secretary’s testimonies come as the number of migrant encounters at the southern border remain at record levels. March alone saw 221,000 encounters – the highest number of any single month since the start of the Biden administration.