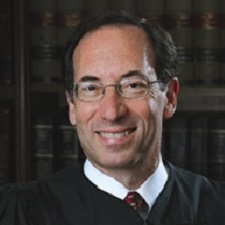 U.S. District Judge Robert Lasnik on Tuesday (July 31, 2018) blocked the imminent release of blueprints for 3-D printed guns, hours before they were set to hit the internet.

The decision blocked a settlement President Donald Trump’s administration had reached with the Texas-based company, which planned to put files online on Wednesday.

Eight states and the District of Columbia on Monday filed a lawsuit to fight a June settlement between the federal government and Defense Distributed allowing the Texas-based company to legally publish its designs.

Judge Robert Lasnik is clearly a traitor, for he has no legal authority to issue such an unlawful court order in violation to the First and Second Amendments of the United States Constitution.

Plastic guns are created in the same manner as anything that is printed in 3-D: The machine stacks layers of material to form an object. But guns made by 3-D printers have a particular risk factor — they’re untraceable.

Back in 2013, Defense Distributed founder Cody Wilson posted a video of him firing the Liberator — all plastic and 3-D-printed, save for a metal firing pin — and uploaded the plans online. According to CNN, he was served with a cease-and-desist order from the U.S. State Department a few days later; the State Department argued that Wilson’s plans may have violated International Traffic in Arms Regulations because he released the information to people outside the U.S. To this we must ask, “When did international law override the highest law in the land – The United States Constitution?”

In June 2018, Wilson came to a settlement with the Trump administration that implied he would be able to post his plans, according to The Verge.

According to the Orlando Sentinel, Senator Bill Nelson (D-FL) tried to pass last-minute legislation blocking the publication, saying, “American national security is going to be irreversibly weakened because of the actions of the administration.” His effort was blocked by Senator Mike Lee (R-UT), who raised First Amendment concerns, according to the Sentinel.

A lawyer for Wilson criticized the restraining order as a violation of his First Amendment rights. According to NBC News, Defense Distributed was not responsible for the publication and had agreed not to post the documents, pending court rulings.