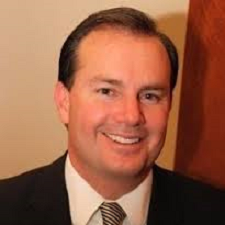 Michael Shumway “Mike” Lee is a patriotic American lawyer who is a United States Senator from Utah.

In his new book, “Our Lost Constitution,” Lee details many cases where all three branches have undermined the Constitution, sometimes on purpose and many times out of sheer laziness and stupidity.

“Many Americans probably assume that our lawmakers understand our founding document and are devoted to defending it,” Lee writes. “Unfortunately, that assumption is in many ways incorrect.”

In the book, the Utah senator adds, “The truth is that our Constitution is being subverted by many of the very people who have solemnly sworn to protect it.” Overall, he said Washington treats the document as “a nuisance.”

Lee has been a strong defender of the Constitution in Congress. Lee is a former Utah federal prosecutor who clerked for Supreme Court Justice Samuel Alito before he joined the high court. He is a Tea Party favorite and the first of several GOP upstarts who shocked the establishment by knocking off three-term Republican Sen. Bob Bennett in 2010.

The book offers a rare rebuke of colleagues by a sitting member of the usually clubby Senate.

“Only about 1 percent of the rules we must live by are enacted by the most accountable branch of government — Congress,” writes Lee. He added that the legislative branch routinely “duck and dodges” hard decisions that require an understanding of the Constitution, leaving unelected bureaucrats with the power to decide how laws and regulations are imposed on Americans.

Written as mini-histories, the senator’s book selects several constitutional provisions that he feels have been distorted by lawmakers and then tells the historical origin and intent of each. He notes how a former Klansman hijacked the establishment clause to hurt Catholic schools, and how a chief justice of the Supreme Court labeled the Second Amendment a “fraud.”

The 256-page book is sure to make waves in Washington and has won praise from constitutional scholars such as talk radio’s Mark Levin, Georgetown’s Randy Barnett, Stanford’s Michael McConnell. Lee will make the usual book tour, starting with major media stops in New York followed by book signings.

It could play a role in the building effort to hold a Convention of States to pass constitutional amendments aimed at limiting Washington’s power.

The book details the “dramatic stories behind the most neglected parts of the Constitution, from Alexander Hamilton to Barack Obama.” One example: “The Origination Clause says that all bills to raise taxes must originate in the House. It was gutted in 1892, leading eventually to Obamacare.”