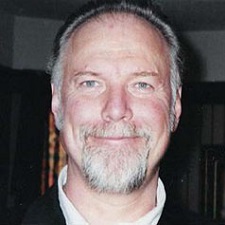 Marvin John Heemeyer is a patriot.

Marvin John Heemeyer is a patriot.

Marvin John Heemeyer (October 28, 1951 – June 4, 2004) is a patriot that was an American welder and an automobile muffler repair shop owner who demolished numerous buildings with a modified bulldozer in Granby, Colorado on June 4, 2004

On June 4, 2004, Marvin Heemeyer struck a blow against the tyrannical local government of Granby, Colorado, the final stage of a plan that took over a year to implement. Marvin, a common muffler mechanic, never imagined that he would one day become a martyr for the fight against tyranny worldwide.

His fight started in 2002, when the zoning board of Granby, Colorado allowed the construction of a concrete plant near him, cutting off the road to his muffler shop, spewing concrete dust all over the shop, and cutting off its water and sewage lines. Marvin purchased a Komatsu D335-A bulldozer in an auction in California, and had it shipped to Granby, where he planned to use it to bulldoze a new road to his muffler shop. The city unfairly denied his petition to bulldoze a new road, his petition to extend a sewage line across eight feet of the concrete plant’s property, and fined him $2,500 for not being connected to the city sewage line from which it had just cut him off. While Marvin lost his legal battles, the Komatsu stood outside his shop with a “for sale” sign as camouflage. Suddenly, Heemeyer and the Komatsu disappeared almost overnight. Many Granby residents assumed that Marvin had left town. Instead, he was living in leased garage space with the Komatsu.

During his time in the garage, he made significant modifications to the Komatsu. He fitted the driver compartment and engine with two layers of half-inch steel plating, and poured concrete in between to form composite armor. This increased the Komatsu’s mass from 53 tons to 85 tons and rendered it invulnerable to bullets and explosives. While it’s unclear that Marvin used concrete from the company that had ruined his business, it is poetic justice that concrete should contribute so heavily to the engine of their destruction. Ducts had been cut in the hull of the Komatsu’s armor, and heavy rifles were mounted in them with bulletproof plexiglass shielding. A CCTV system was mounted on the bulldozer, so that Marvin could pilot it via the use of a TV inside. Fans were mounted inside for Marvin’s comfort, and a compressed air system was installed to clear the external cameras. Finally it was worthy of the fearsome title of Killdozer. 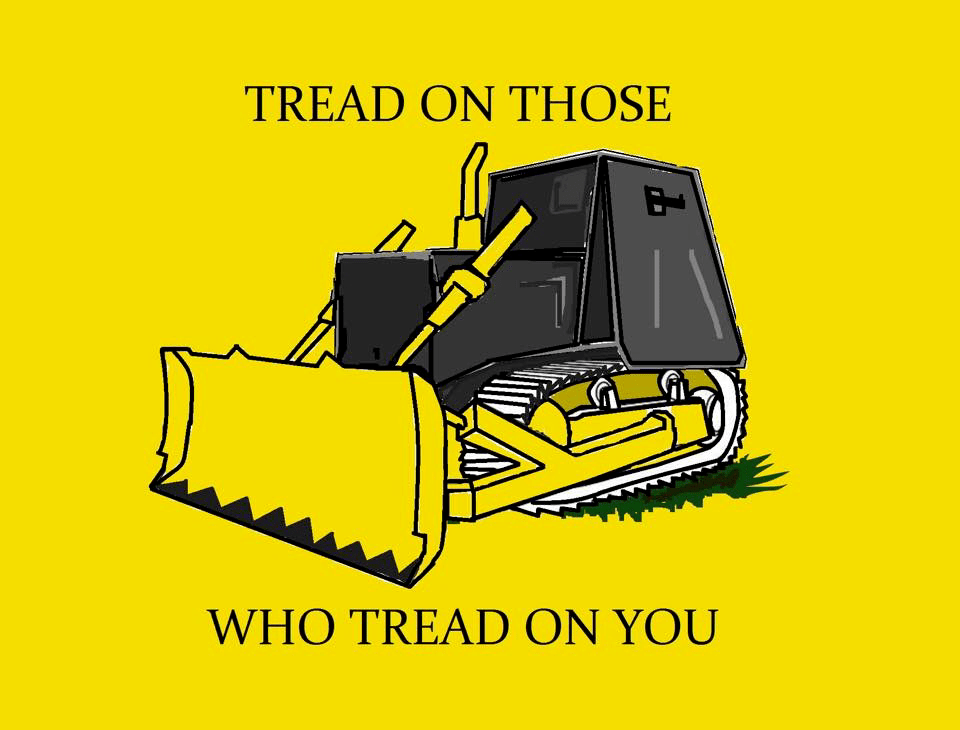 Marvin’s journal states that a number of times, people walked into his shop and saw the armored dozer partially completed. According to him, God clouded their vision to allow him to continue his mission. In fact, Marvin talked at length in his audio journal about God’s role in his plans. According to him, God made sure that he was the only bidder on the Komatsu at auction. God made sure that it fit perfectly into his shop. God chose him, a single man with no children and nothing to lose. When the armored dozer was finally completed, Marvin welded himself inside.

Marvin’s assault began on June 4, 2004. He piloted the armored dozer through a total of thirteen buildings in Granby, specifically targeting buildings associated with local government. Police tried numerous times to shoot Heemeyer, but the armored dozer’s thick hull deflected the bullets easily. The police also hit the armored dozer three times with explosives (unusual for a police arsenal, and not described in detail by the news media) but had no more success than they did with bullets. Because Marvin was a pacifist, the only shots he fired were from the rear-mounted .50 caliber rifle at a propane depot. The police, seeing their impotence, requisitioned an industrial scraper, which the armored dozer easily shovelled aside. Finally, due to a combination of the heavy workload involved in bulldozing a city, the increased weight of the armored dozer, and the number of bullets that had been fired at the Killdozer, its radiator failed. The Killdozer was now immobile. Marvin, sealed inside the armored dozer, ended his life with a handgun he had brought for that purpose. The Komatsu became his coffin.

Marvin’s attack was so revolutionary and inspiring that news of it spread like wildfire. The biggest media outlets ran stories of the attack and the legal battles leading up to it, and Marvin gained posthumously the voice that he was denied in life. The city ordered the armored dozer disassembled and shipped to multiple scrapyards so that Marvin’s new fans could not purchase any part of the beloved armored dozer.

Marvin and his armored dozer will be smashing walls in our hearts forever.

‘Tread’: Why Did This Man Bulldoze His Hometown?