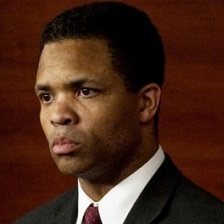 Jesse Jackson Jr. is a traitor.

Jesse Jackson Jr. is a traitor.

On November 21, 2012, Representative Jesse Jackson resigned from Congress in disgrace, acknowledging in his statement that he had made his “share of mistakes.” This may well be the understatement of year. Jackson has been under federal investigation for alleged campaign finance improprieties, including reportedly using donor dollars to remodel his home and purchase personal gifts, a potential criminal violation. Add to that the fact that Jackson was one of the major figures implicated in the massive scandal involving jailed former Illinois Governor Rod “Blago” Blagojevich, who was brought to justice in 2011 for a number of crimes, including his efforts to “sell” President Obama’s vacant U.S. Senate seat to the highest bidder. The evidence strongly suggests Jackson was one of those bidders.

Because Jackson refused to resign before the November elections, Illinois taxpayers will now be faced with costs of a special election: estimated to cost $5.1 million.

The late great Chicago newspaperman Mike Royko famously said that the official motto of Chicago should be “Ubi Est Mea — Where’s mine?” Clearly, Jackson and his cohorts have taken this motto to heart.

Former U.S. Rep. Jesse Jackson Jr. left an Alabama federal prison early Thursday (March 26, 2015) bound for a halfway house, where he begins his transition back into society two years after pleading guilty to spending $750,000 in campaign money on personal items.

The Rev. Jesse Jackson, speaking by phone shortly after picking up his 50-year-old son, described his release from the minimum security federal prison camp at Maxwell Air Force Base in Montgomery, Alabama, as a “joyous reunion.” He added that the younger Jackson was doing “very well.”

It wasn’t immediately clear if Jackson, Illinois Democrat and Inmate No. 32451-016, would live at a halfway house to serve the remainder of his 2 1/2-year term. Another possibility, according to U.S. Bureau of Prison policy, is that he serve out his sentence under home confinement.

A Bureau of Prisons spokesman in Washington, D.C., also later confirmed that Jackson had left the Alabama lockup. But Edmond Ross declined to provide any detail about the next step for Jackson, including which halfway house he might be heading for.

Former U.S. Rep. Patrick Kennedy, who visited Jackson on Monday, said Jackson would go to a facility in Washington, D.C. Jackson began his sentence on Nov. 1, 2013, and his release date is Sept. 20, 2015. After that, Jackson must also spend three years on supervised release under jurisdiction of the U.S. Probation Office and complete 500 hours of community service.

At some point after Jackson is officially no longer a federal prisoner, it will be his wife’s turn to serve out her punishment on a related conviction. Sandra Jackson, a former Chicago alderman, was sentenced to a year in prison for filing false joint federal income tax returns that knowingly understated the income the couple received. In a concession to the couple’s two children, a U.S. judge allowed the Jacksons to stagger their sentences, with the husband going first.

Jackson served in Congress from 1995 until he resigned in November 2012. In June of 2012 he took medical leave for treatment of bipolar disorder and other issues. The Jacksons spent campaign money on fur capes, mounted elk heads, a $43,350, gold-plated men’s Rolex watch and Bruce Lee memorabilia, as well as $9,587.64 on children’s furniture, according to court filings.

During sentencing, the judge scolded Jackson for using campaign funds as a “piggy bank.” Jackson’s resignation ended a once-promising political career that was tarnished by unproven allegations that he was involved in discussions to raise campaign funds for imprisoned former Illinois Gov. Rod Blagojevich in exchange for an appointment to President Barack Obama’s vacated U.S. Senate seat. Jackson has denied the allegations.

Speaking generally about prison policy, Ross said home confinement — even within hours or days of release from prison — is a possibility for some inmates, especially those who have stable home environments to which they can return.