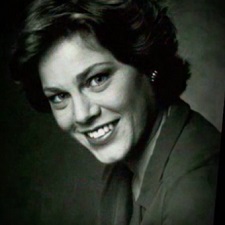 Investigative Journalist Jen Moore was found dead in a suburban Washington D.C. hotel room Monday. August 20, 2018, according to police and shocked and distraught friends and colleagues.

Moore died of an apparent seizure. Police are closely investigating the cause of death after former FBI Agent Robyn Gritz, a friend of Moore’s, made inquiries with homicide detectives Monday afternoon in Prince Georges County, Maryland. Preliminary reports from police said the death was not the result of suicide.

Moore’s body was found by employees at the Country Inn & Suites by Radisson, Washington, D.C. East – in Capitol Heights, Maryland. The investigation is ongoing. An autopsy had not been scheduled as of late Monday.

Moore, an advocate who investigated abused and trafficked children, had been in the process of investigating allegations by a 26-year-old man that — as a young boy — he was sexually assaulted by Bill Clinton and pimped out at private sex parties attended by other D.C. elites.

In fact, just four weeks before her death, Moore filed details of the alleged victim’s claims with the Department of Homeland Security, detailing the allegations against Clinton. Moore contacted Homeland Security beginning on July 6th through July 9th, records show. A week later, she contacted the FBI with identical details about the victim and the shocking allegations against Clinton.

FBI sources report no case has been opened on the evidence supplied by Moore. Homeland Security officials could not be reached for comment.

Moore had approached True Pundit’s Thomas Paine in June with the allegations against Clinton. Paine conducted a series of face-to-face interviews with Moore and the alleged victim in various locales. By July, the victim agreed to tell his story to Paine. But Moore and the traumatized victim wanted to contact Homeland Security and the FBI first to see if they would open a criminal case against Clinton prior to publicizing the claims.

“Jen thought that with a criminal probe, federal agents could use the victim possibly to dangle in front of Clinton to see if he made a mistake or tried to pay him off,” Paine said. “She was worried about the safety of the victim and was working to find him safe harbor until this story broke.

Now she is the one who turned up dead.”

Paine and True Pundit were vetting the details provided by the victim. Paine said the allegations were “credible” and the victim’s testimony and details were beyond convincing.

Paine said Moore accepted the risks with the story and understood things could get very ugly very fast. Per conversations with True Pundit’s Paine: 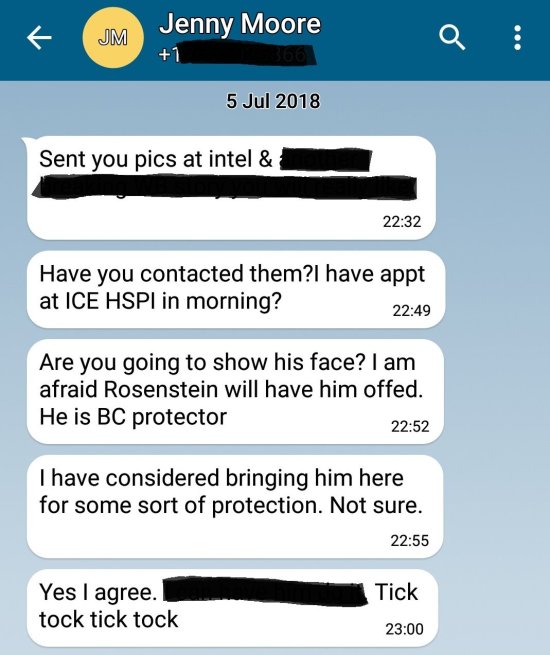 “She was worried about the victim because he was the first to break the ice,” Paine said. “There were others waiting to tell their stories but he was the catalyst.

Did she think she could be harmed? Absolutely. This woman was fearless. Absolute warrior. A former cop. I don’t think she was afraid of anyone or anything.”

According to interviews, the victim in this case claimed he was sexually assaulted by Clinton on a yacht in New England and knows the identities of several other child victims who were subjected to identical abuses. The victim also confirmed he witnessed other children and people being sexually and physically abused and possibly worse on numerous “boat parties.” These parties were attended by elite members of D.C. political class, according to Moore and the victim.

Both young boys and young girls, the victim said.

Moore supplied these details to federal agents and documented the interactions with a number of alleged victims. Within a month, she is dead. 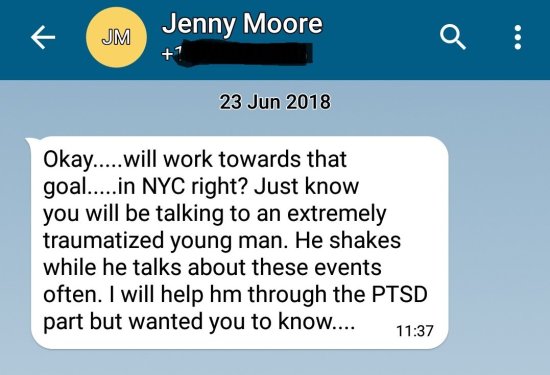 In the exchange below, Moore discusses an extended stay with the alleged Clinton victim after his interview with Paine. During the interview, the victim sporadically vomited and shivered as he recalled details of his alleged abuse, Paine said. 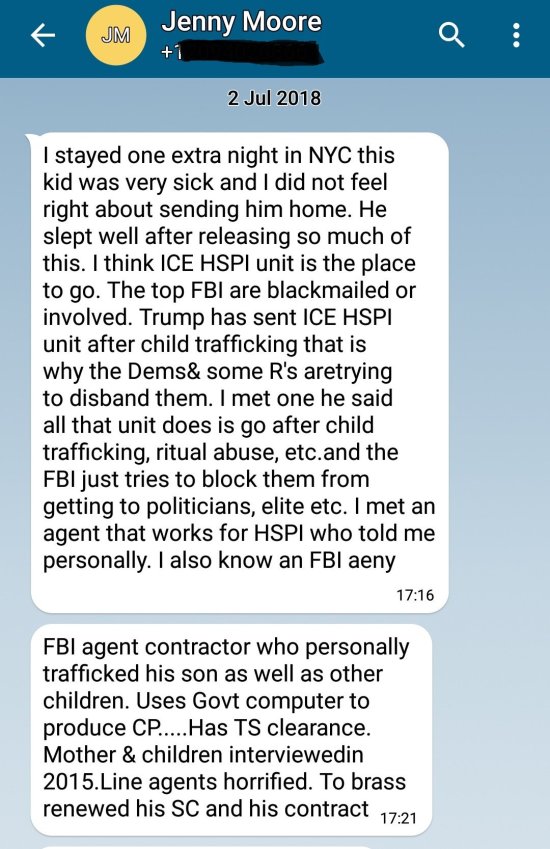 Since her death, a recording has surfaced of Moore, often referred to as “Task Force” as a nickname, being interviewed by radio and YouTube journalist Farmer Jones. The recording was made just a month before she was found by employees at the Country Inn & Suites by Radisson in Washington, D.C. East-in Capitol Heights, Maryland. Police have ruled out suicide and on Tuesday, True Pundit reported Moore as having died from an apparent seizure. Autopsy results are still not available and the investigation is ongoing.