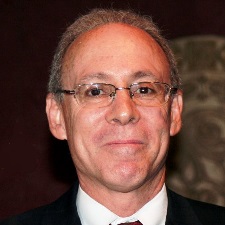 Frederic Fred Schott is a patriot.

Frederic “Fred” Schott is a patriot.

Frederic “Fred” Schott is a patriotic Seminole County Judge in the State of Florida.

Judge Fred Schott become angry with a prosecutor during a hearing in Seminole County.

The exchange between Judge Fred Schott and Assistant State Attorney Diana Miers was captured on courtroom video on March 11, 2015.

A jury had just found a woman guilty of driving under the influence when the attorneys and Judge Fred Schott started discussing the woman’s license suspension. The Sanford police officer who made the arrest caused the defendant to lose her driver’s license for a few months because he outright lied on the arrest paperwork.

“Are you going to nolle pros that case? Or am I going to get mad at you today?” Judge Fred Schott asked.

Judge Fred Schott and Miers got into a heated argument because he wanted the police officer to be charged with lying.

“I want you taking him up on perjury,” Judge Schott said.

“He admitted it was a mistake, your honor,” Miers said.

After the exchange, Judge Schott decided to reverse the jury’s verdict to not guilty.

Miers tried to argue against Judge Fred Schott’s dismissal of the case but he didn’t agree.

Altogether it’s a refreshing surprise to see a Judge honor his oath to support the Constitution and not go along with this prosecutor’s attempt to violate this defendant’s rights with a wrongful, malicious and perjured prosecution.

As a result of this honorable act, local officials say Judge Fred Schott will soon only be presiding over civil cases.