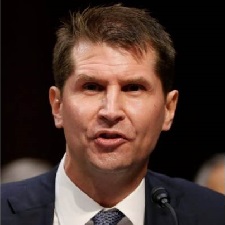 Assistant director of the FBI Counterintelligence Division Bill Priestap has turned on former director James Comey, confirming that he is indeed a traitor to America.

According to House Permanent Select Committee on Intelligence member Chris Stewart, Bill Priestap is fully cooperating with Trump’s justice department, ratting on his former ‘Deep State’ colleagues at the bureau, and exposing how they attempted to interfere in the 2016 Presidential election on behalf of Barack Obama and Hillary Clinton.

Listen carefully around 2:30, Judge Jeanine hits the bulls-eye; and listen to how Chris Stewart talks about not wanting to make news and is unsure what he can say on this…

When you understand how central Bill Priestap was to the entire 2016/2017 ‘Russian Conspiracy Operation‘, the absence of his name, amid all others, created a curiosity because it seemed unfathomable his name has not been a part of any of the recent story-lines. 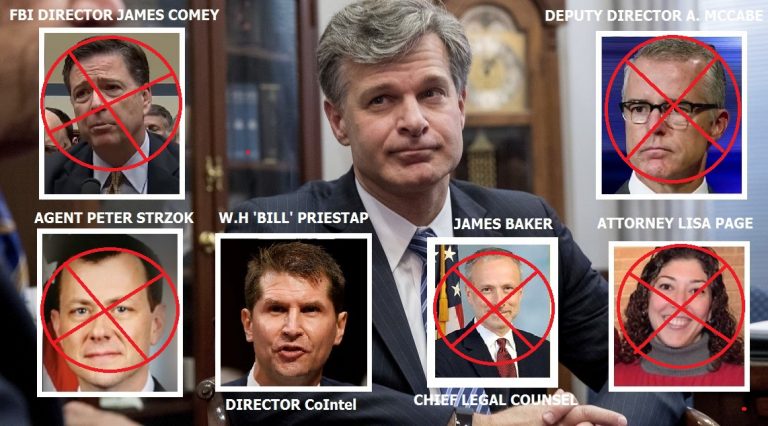 Bill Priestap is #1. Before getting demoted Peter Strzok was #2.

FBI Deputy Peter Strzok was specifically in charge of the Trump counterintel op. However, Strzok would be reporting to Bill Priestap on every detail and couldn’t (according to structure anyway) make a move without Priestap approval.

On March 20th 2017 congressional testimony, James Comey was asked why the FBI Director did not inform congressional oversight about the counterintelligence operation that began in July 2016.

FBI Director Comey said he did not tell congressional oversight he was investigating presidential candidate Donald Trump because the Director of Counterintelligence suggested he not do so. *Very important detail.*

FBI Director James Comey was caught entirely off guard by that first three minutes of that questioning. He simply didn’t anticipate it.

Oversight protocol requires the FBI Director to tell the congressional intelligence “Gang of Eight” of any counterintelligence operations. The Go8 has oversight into these ops at the highest level of classification. In July 2016 the time the operation began, oversight was the responsibility of this group, the Gang of Eight: 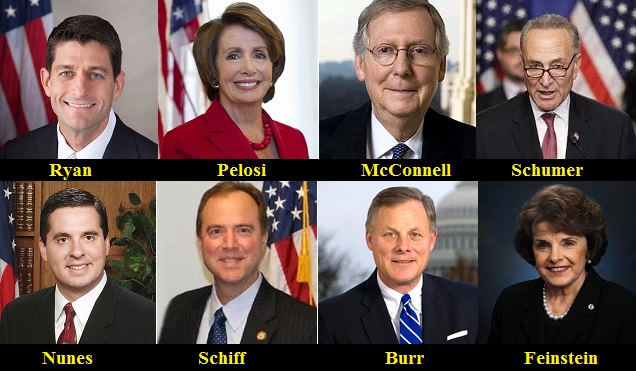 Obviously, based on what we have learned since March 2017, and what has surfaced recently, we can all see why the FBI would want to keep it hidden that they were running a counterintelligence operation against a presidential candidate. After all, as FBI Agent Peter Strzok said it in his text messages, it was an “insurance policy”. 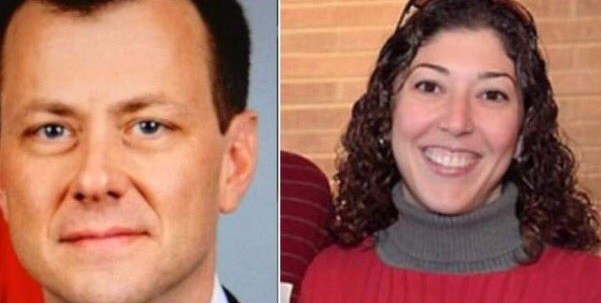 “I want to believe the path you threw out for consideration in Andy’s office that there’s no way he gets elected – but I’m afraid we can’t take that risk. It’s like an insurance policy in the unlikely event you die before you’re 40.”

So there we have FBI Director James Comey telling congress on March 20th, 2017, that the reason he didn’t inform the statutory oversight “Gang of Eight” was because Bill Priestap (Director of Counterintelligence) recommended he didn’t do it.

Apparently, according to Comey, Bill Priestap carries a great deal of influence if he could get his boss to NOT perform a statutory obligation simply by recommending he doesn’t do it.

Then again, Comey’s blame-casting there is really called creating a “fall guy”. FBI Director James Comey was ducking responsibility in March 2017 by blaming FBI Director of Counterintelligence Bill Priestap for not informing congress of the operation that began in July 2016. (9 months prior).

At that moment, that very specific moment during that March 20th hearing, anyone who watches these hearings closely could see FBI Director James Comey was attempting to create his own exit from being ensnared in the consequences from the wiretapping and surveillance operation of candidate Trump, President-elect Trump, and eventually President Donald Trump.

Immediately there was motive for Bill Priestap to flip and become the primary source to reveal the hidden machinations. Why should he take the fall for the operation when there were multiple people around the upper-levels of leadership who carried out the operation.

Our suspicions were continually confirmed because there was NO MENTION of Bill Priestap in any future revelations of the scheme team, despite his centrality to all of it.

Everyone around Bill Priestap, above and below, were caught inside the investigative net.

The reason was obvious.

Likely Bill Priestap made the decision after James Comey’s testimony on March 20th, 2017, when he realized what was coming. Priestap is well-off financially; he has too much to lose. He and his wife, Sabina Menschel, live a comfortable life in a $3.8 million DC home; she comes from a family of money.

While ideologically Bill and Sabina are aligned with Clinton support, and their circle of family and friends likely lean toward more liberal friends; no-one in his position would willingly allow themselves to be the scape-goat for the unlawful action that was happening around them.

Bill Priestap had too much to lose… and for what?

With all of that in mind, there is essentially no-way the participating members inside the small group can escape their accountability with Mr. Bill Priestap cooperating with the investigative authorities.

Now it all makes sense. Devin Nunes interviewed Bill Priestap and Jim Rybicki prior to putting the memo process into place. Rybicki quit, Priestap went back to work. 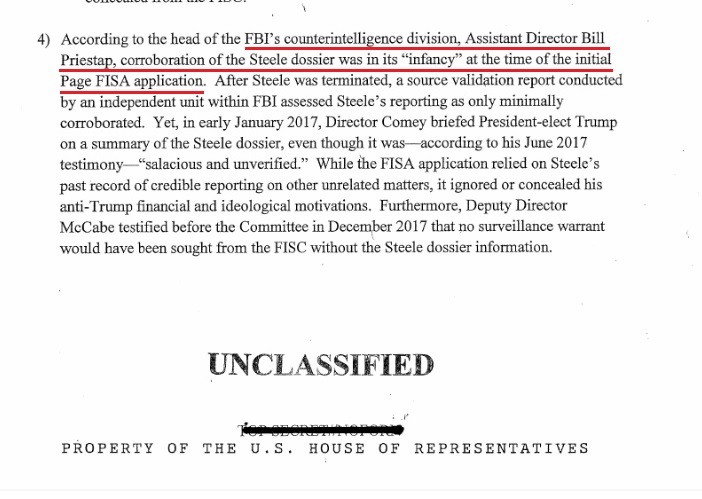 As of this posting (February 11, 2018), Bill Priestap remains the Assistant FBI Director in charge of counterintelligence operations. However, it’s probably over for him, for he is clearly a traitor who participated in treasonous acts until he turned in fear of becoming the fall guy.

In conclusion, it’s unfortunate the only justice Bill Priestap will probably see is the gauntlet of hatred and threats that is likely to come from his former political social network.

The rest of this entire enterprise will just drag out the timing of the investigative releases in order to inflict maximum political pain upon the Democratic Party who will attempt to excuse the inexcusable.

Bill Priestap, the assistant director of the Federal Bureau of Investigation’s counterintelligence division, will leave his post by the end of the year. Bill Priestap, a 20-year veteran of the bureau, worked on organized crime and drug cases in Chicago before rising through the national security ranks of the agency after the terrorist attacks of Sept. 11, 2001.

Bill Priestap’s “became eligible to retire and has chosen to do so after 20 years of service,” the FBI said in a statement.

The federal government allows some employees, including FBI agents, to retire with full benefits if they are 50 or older and have at least two decades of service. In other words, Bill Priestap is getting away with a full government pension after committing several acts of treason.

After Bill Priestap’s departure, none of the high-ranking bureau officials involved in the two investigations will remain with the bureau. FBI director James Comey was fired by President Trump last year, and Deputy Director Andrew McCabewas later dismissed by then-Attorney General Jeff Sessions over his contacts with the media, days before he was eligible to retire with benefits.

Peter Strzok, the chief of the counterespionage section, left the FBI this year after it emerged that he had sent disparaging text messages about Mr. Trump.