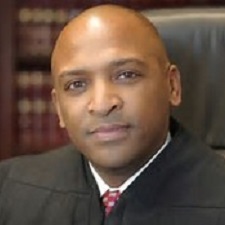 Just a day after January 5, 2016 inwhich a weeping President Obama attempted to disembowel the 2d Amendment with a series of unconstitutional executive orders, a liberal judge in Maryland, caving to the mob justice in that plagues that benighted city, gutted the 5th Amendment. This occurred during a pre-trial hearing in the case of Officer Caesar R. Goodson, the second Baltimore City policeman to be tried criminally in the allegedly accidental death of small-time hood Freddie Gray. The prosecution asked Judge Barry G. Williams to compel Officer William G. Porter, to testify against Goodson, and the judge, over the strenuous opposition of the defense, granted the motion.

Porter was the first officer brought to trial in the Gray case, presumably because the prosecution believed the case against him to be the strongest. In fact, at trial the case against Porter was shown to be gossamer thin, with the State unable to prove exactly when or how Gray suffered his fatal injury, the defense demonstrating that the medical examiner’s office changed its initial conclusion that the injury was accidental under political pressure, and an absence of evidence that Porter ever did anything to harm Gray. The greatest surprise in Porter’s trial was that despite the dearth of evidence that he committed any crime, that at least one juror voted to convict him.

The mistrial in Porter’s case was disastrous for the prosecution, since they counted on him to provide testimony against his fellow officers either having been convicted or acquitted. The prosecution could have obviated that problem by choosing not to retry Porter, but having promised mob justice to Baltimore’s rioters, State’s Attorney Marilyn Mosby decided to press on. Porter got a new trial date in June, meaning that he is in jeopardy until then and entitled to the 5th Amendment’s protections against self-incrimination. Since the other charged officers will be tried before then, that would deprive the prosecution of Porter’s testimony, unless it either negotiated a plea agreement in return for what is known as “use” immunity, or granted Porter “transactional” immunity which could compel his testimony.

The difference between use and transactional immunity is critical, not subject to much debate, and basically first-year law school stuff. Use immunity only prevents the prosecution from using a person’s own testimony against him/here at a future trial, but still subjects the witness to jeopardy. Ordinarily, testimony under use immunity is voluntary on the part of the witness in return for some kind of plea deal which limits legal liability in return for that testimony. By contrast, transactional immunity gives the witness essentially blanket immunity for the offenses involved in the solicited testimony. In return for this testimony, the witness is generally not under any further jeopardy, and as such, can be compelled to testify or face charges of contempt. This is the type of immunity is routinely granted to various gang-bangers and Mafioso but is evidently not available to a veteran police officer.

What’s especially remarkable about what happened in that Baltimore courtroom is that both the judge and the prosecutor demonstrated that they clearly knew what they were doing was unconstitutional and unethical but proceeded anyway. Prosecutor Michael Schatzow knows that what he sought, and what the judge gave him, had no basis in Maryland law. Schatzow’s claimed that forcing Porter to testify is “necessary to the public interest.” He might as well have been prosecuting a show trial in the 1930s in Moscow or Berlin.

By such a legal standard — necessary public interest — any and all our constitutional freedoms can be extinguished. It is probably in the “general public interest” that the chronic repeat violent criminals who roam Baltimore’s streets be rounded up and summarily executed. Is Mr. Schatzow in favor of that? Is his boss?

The wholesale rejection of law and logic got worse once Judge Williams announced his ruling. Admitting he was entering “uncharted territory” he granted the prosecution’s motion and in a breathtaking display of judicial activism swept away the rights of an American citizen. Williams’ recognition that he was in uncharted territory betrays his nonjudicial intentions, which are to support this political prosecution at almost any cost. “Uncharted territory” really means that he knows that the ruling is without statutory or judicial precedent, which is the basis of the law in Maryland and every other state (and usually taught in about the 9th grade.) Williams also reportedly said during the hearing that Porter’s “extremely important testimony is needed in the Goodson and White cases” which is something you might expect the prosecutor to say, but not the judge.

Besides being blatantly political and unconstitutional, Williams ruling was also logically incomprehensible on its own terms. In issuing the ruling, he warned prosecutors that should they call Porter to testify later, it would be “nigh impossible” to prove that his testimony in Goodson’s case would not impact his retrial. To make any sense of it, you have to believe that Williams just doesn’t know what the words nigh and impossible mean. If he did, he wouldn’t have issued his ruling, since that is exactly what Porter’s attorneys told him in making their case that he could not compel their client’s testimony. What Williams essentially ruled is that what he was doing was unconstitutional, that he knew it was unconstitutional, but that he was going to do it anyway. Moreover, he appears to be content with forcing Porter’s testimony and keeping the man in jeopardy until his retrial, and also with that testimony being used against Porter if the prosecution can figure out a way to get it in.

Porter’s attorneys have appealed the ruling and are asking for an injunction from the appellate courts. Maryland’s appellate judiciary is reliably liberal but hopefully will recognize this for the travesty of constitutional justice it is.